DeMichele is changing lives through music 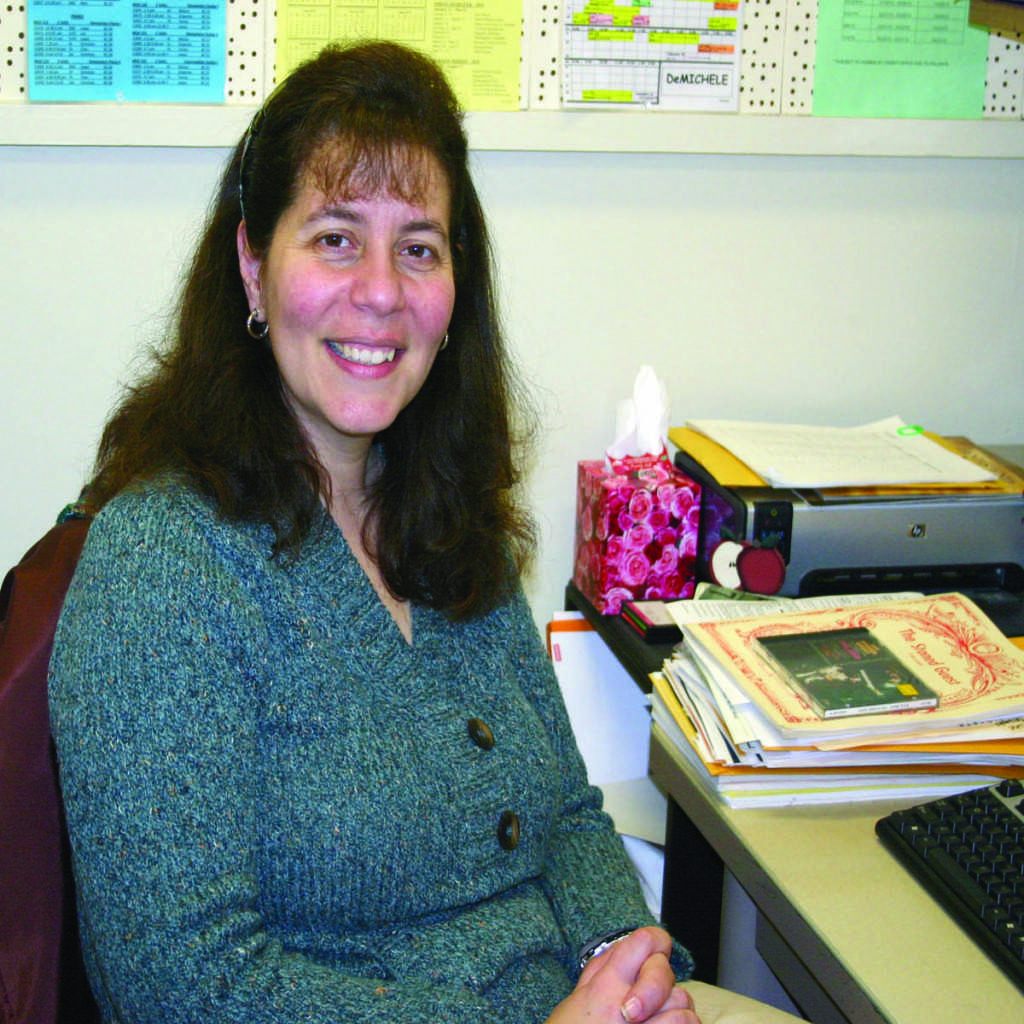 “Sometimes, all it takes is for one person to turn around and say ‘I believe in you.'” Archy Posada, a Vocal Performance major at Cerritos College has expressed that a certain professor in the music department helped change his life for the better. That professor is none other than Dr. Anna DeMichele.

For students like Posada, DeMichele helps those find comfort and make life changing experiences through the art of music.

“Before taking her class, I was doing drugs and gangbanging.” Posada said. “I was just in college to just take a few classes and get out of here. It all changed when I took my first vocal class with her in the summer of 2007. Her class and her constant guidance led me to decide between picking up a piece of music or picking up a gun.”

Dr. DeMichele has been a choral and vocal teacher at Cerritos College for six years. In a recent interview, she explained that she’s always loved music, but her passion for teaching didn’t come to her until she was in college.

“I always knew I wanted to do something in music but I wasn’t sure what it was,” she explained. “but it wasn’t until I took my first conducting class in college that I realized that this is what I wanted to do. I wanted to be in front of a group of students and put their voices together.”

Teaching music also gives DeMichele the opportunity to get to know her students and make them feel like she cares about each and every one of them.

“I really enjoy getting to know my students. I think it’s important especially when you’re teaching in the creative arts.” she said. “Especially with singing, students need to be able to open up. Their feelings and emotions are all internal. And when there’s a lot of internal conflict and you don’t get along with your teacher, there isn’t a whole lot of progress that will come from the student.”

And for students like Posada, he feels he owes his successful college life to DeMichele, because of her ability to connect with her students.

“Her love for music is really infectious. When she’s excited about a piece of music, we all get excited too. She also pushed me to do things with my voice I never thought I would do.

Even her asking how I was doing, and if I needed help with anything truly made the difference between my success and failure.” he explained. “There aren’t a whole lot of college professors who really care the way she does.”

Like Posada, DeMichele was also inspired in the same why by a teacher when she attended San Marino High School in San Marino,Calif. “My high school choral director invited me to join the choir after I took a guitar class with him. And after that, I knew I wanted to have a career in music.” DeMichele said. “And in college, I had professors who just kept my ambition going. Nobody ever tried to turn me off to teaching music.”

Today, DeMichele is considered to be one of the music department’s most helpful faculty members. “She’s an amazing mentor.” Posada said. “Most professors don’t understand that we do need authorative figures, but we also need friends and people who care.”