Harry Potter brooms away other competitors 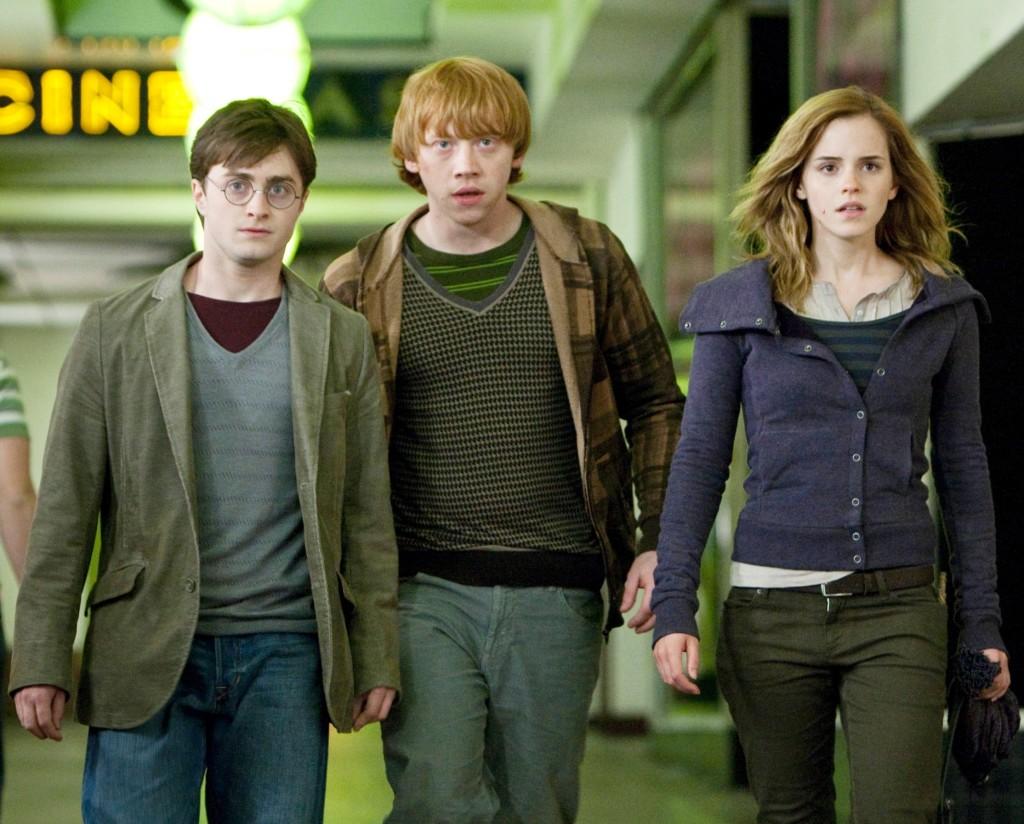 “Harry Potter and The Deathly Hallows: Part 1” is the best Potter film made thus far.

It is easily the deepest, darkest, most intricate, and most enjoyable installment in the series, to date.

The film follows Harry (Daniel Radcliffe), Ron (Rupert Grint) and Hermione (Emma Watson) as they venture into the dark, terrifying world outside of Hogwarts.

Long gone are the days of battling trolls and playing quidditch, as they must find a way to finally defeat Voldemort.

All the while, Voldemort and his Death Eaters are trying to kill Harry once and for all, and a now corrupt Ministry of Magic is hunting them down as criminals.

Naturally, a casual viewer will have little to no idea of what’s going on.

But what would one expect from jumping straight into the seventh installment in a series?

Needless to say, the plot’s power is greatly magnified if the viewer has read the books or has closely followed the series.

Either way, purely as a movie, it works wonderfully in nearly every area.

Director David Yates gives us a beautifully vast, dreary setting with a particular feel, that immediately sets the tone for the entire penultimate act.

The action is exciting and suspenseful, as you’ll find yourself immersed into every explosive spell and every near-death encounter on their journey.

There are also touching moments that will tug at the heartstrings, like those involving the valiant elf Dobby and the progressing relationship between Ron and Hermione.

You’ll even find yourself laughing on several occasions, as there are a number of clever, witty jokes strewn through the dialogue by writer Steve Kloves.

There’s even what seems like a fun poke at all of the “Twilight” fans out there that audiences are sure to love.

Unfortunately, Radcliffe has yet to acquire the proficiency as an actor through the years to successfully lead a film— not as Harry Potter, at least.

His performance still feels forced, and the audience does not feel the urgency and desperation in Potter’s demeanor.

Grint one-ups him as Ron.  He successfully channels his character, who is greatly concerned for his loved ones, and is frustrated and distressed by the tragic events at hand.

Watson outshines them both as the glue that holds the dynamic trio together.  She excels in her depiction of Hermione, a doleful, yet determined soul that will do whatever it takes to keep her friends safe— admirable work by Watson.

Although we don’t see much of other characters, Helena Bonham Carter must always be commended for her role as Bellatrix Lestrange.

This twisted, evil witch is truly a testament to Bonham Carter’s incredible talents as an actress.

It does amaze me that, even though “Deathly Hallows” is split into two parts in order for each film to go into greater detail, this film still feels rushed, teeming with small gaps in the story.

It’s a very fast two and a half hours.

As expected, the ending is under whelming, since it wasn’t originally written as one.

Yates does a great job of making it seem right, a satisfying break in the story.

The magic of this film is that its few shortcomings hardly affect the overall product.

Exceptional ensemble acting, and a vaster exploration of the story’s themes and characters, and their connections and interactions between each other, are what really push Part 1 above and beyond.

You will certainly leave this film wanting more— which you will get on July 15, 2011, when Part 2 is released.