Destroying patriarchy one textbook at a time 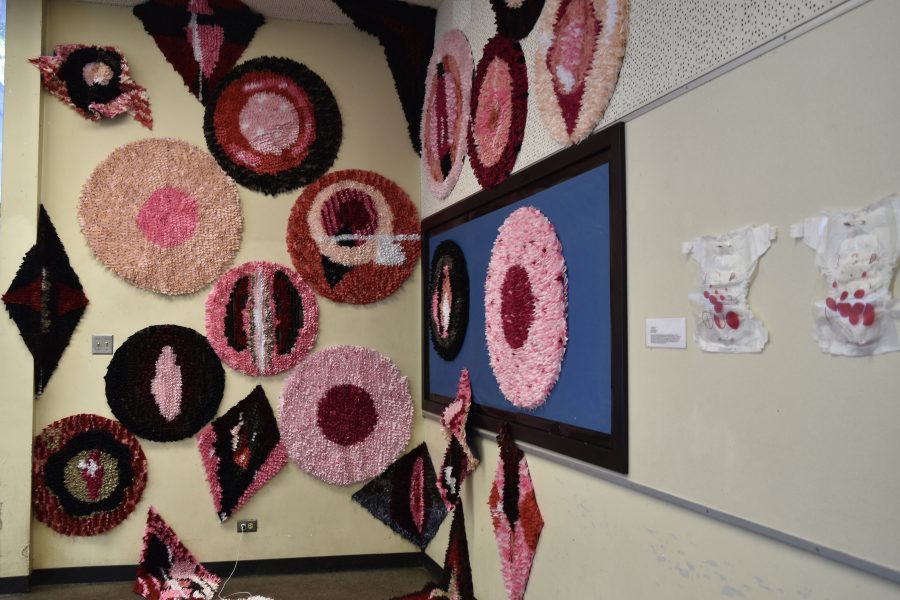 “The Matilda Effect,” a movement created by women’s rights activist Matilda Joslyn Gage, protested the eradication of female scientists’ accomplishments and rightful credit that was given to men out of textbooks.

This piece of history is what inspired artist Mary Anna Pomonis and photographer Allison Stewart, founders of the Association of Hysteric Curators, to create this artistic series called “Resurrecting Matilda”.

“I remember looking through my daughter’s middle school textbooks and asked myself where were all of the women? There was not a single woman through out the entirety of her textbooks,” upon this, founder Mary Anna Pomonis felt compelled to make a change.

Pomonis expressed the importance of wanting to work with a group of women that was multi-generational to be able to show young girls the art and history of feminism in Los Angeles.

“Pomonis and I started talking about textbooks and how women were being represented in them, what impact it has on young girls that are our future. We came to this idea of creating our own textbook with the use of portraits of women in history that have been left out,” Stewart mentions.

Pomonis and Stewart began gathering other women, whom got to choose what historic women to represent.

“Throughout this process I thought to myself who is someone I wish I would have known about when I was younger, if I had known about her how would she have impacted my life? With that being said its been really fun and collaborative to be able to give other women the chance to choose who they want to embody,” Stewart expresses.

A set of five portraits were brought for the exhibition that each showed a different historic female figure.

English High School teacher Kari Vargas was inspired by the heroine, Aethelfeld who was the oldest daughter of Alfred the Great a king of Wessex. Aethelfeld was a scholar with military tactical skill.

Diana Sofia-Estrada went back to her Guatemalan roots by embodying a teacher named Maria Chinchilla Recinos.

Chinchilla Recinos was a teacher that protested unfair treatment from a dictator during the 1940’s in Guatemala, she then became a martyr fighting for a cause.

Sandra Vista brought Soldadera, Florencia Adela Marcus Arqualla back to life. During the Mexican Revolution, Arqualla was a Soldadera who fought for what she believed in by also challenging 20th century ideals of feminism.

Rachel Finkelstein, a feminist striving for equality chose to portray the ever so rebellious Lilith. In Jewish folklore, Lilith was said to be Adam’s first wife who then left him because Adam refused to concede her equal rights.

Stewart chose to portray Margaret Skinnider a woman who fought for Irish Independence during the Easter Uprising of 1916.

Pomonis and Stewart conducted a workshop where participants could create their own version of a female inclusive textbook by making a collage with pictures from old home economic books. The finished collages were put on display during the exhibition for others to view.

Resurrecting Matilda will be on exhibition again on Sunday, March 12 from 11a.m to 2 p.m. at the Brand Library and Library Center in Glendale California.