Melodrama by Lorde: The second coming 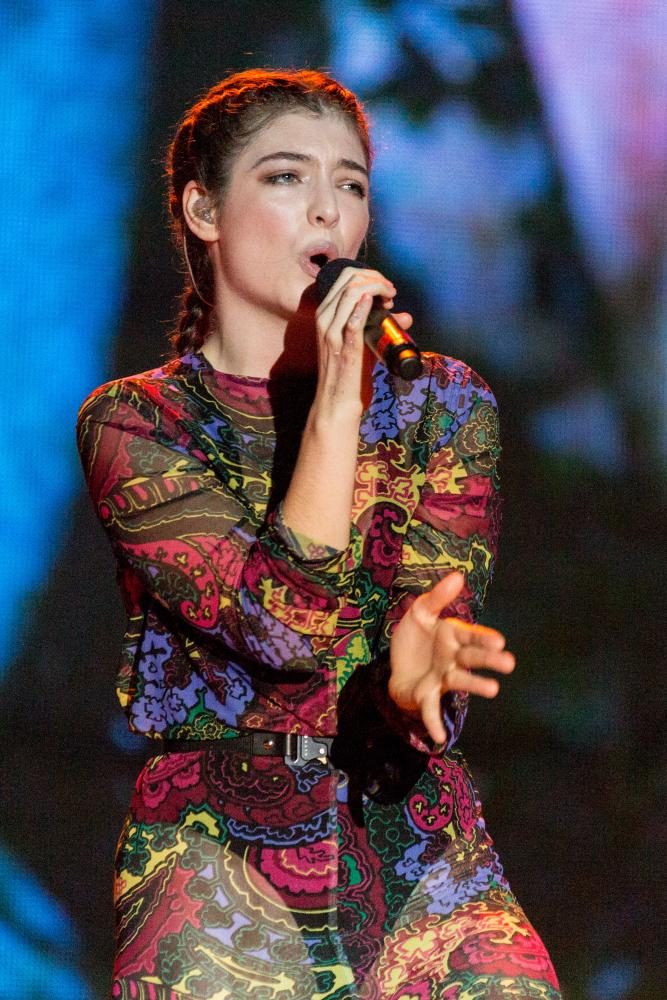 Singer Ella Marija Lani Yelich-O’Connor (better known by her stage name “Lorde”) has given us, her loyal fans, an eclectic album that is more mature and intuitive than the her first.

“Melodrama,” released Friday, June 6, is exactly what we needed — with break up anthems like Green Light and dark recollections like Sober and Melodrama.

The aforementioned Green Light, released as a single alongside a YouTube music video on March 2 is like a prologue for the rest of the album. It sets the stage for the story that Melodrama as a whole sells.

In short: Lorde was basically reading our minds and touching our hearts; knowing that 2016 was the worst year of our lives (2017 being the second worst), filled with growing up, break ups and throwing up (a symptom of binge drinking).

While featuring a sick Great Gatsby reference, it also explores the point immediately after the speaker has walked out of a relationship with an unfaithful lover. It discusses feeling a sense of yearning for what the speaker once had with this lover and then acknowledges that all one can do now is enjoy oneself in this newly found single life and move forward.

This song is angry and graceful. It’s dancy and poetic. It has the type of percussion that you could do those little weird Lorde dances to in your bedroom or shake your ass in a crowd full of sweaty, drunk young people who are all doing the same.

This is the song that we crash our car during.

Lyrically, the song is much darker than what we are used to from Lorde. In the very first line, she describes the feeling of suffocation and entrapment that comes with being romantically, sexually and socially involved with a heavy drug user. Relatable as hell!

Track three, Homemade Dynamite is a good house party song. It’s not too deep, and it is kinda sexy.

The Louvre is a somewhat better than mediocre filler track with an indie rock kind of sound. In the first thirty seconds of the track she calls herself the listener’s “sweetheart, psychopathic crush –” either ostracizing or welcoming the audience (depending on what kind of mentally ill you happen to be).

The second verse is what really redeems this song:
“Our thing progresses, I call and you come through.
Blow all my friendships, to sit in hell with you.
But we’re the greatest, they’ll hang us in the Louvre

Down the back, but who cares, still the Louvre.
Okay, I know that you are not my type (still I fall)
I’m just the sucker who let you fill her mind (but what about love?)
Nothing wrong with it, supernatural.
Just move in close to me, closer, you’ll feel it coasting.”
The lyrics are clean, the sound is Taylor Swift 1989 era and the tone of Lorde’s voice is agreeable — this is the song she intended to be played on the radio.

With enough space between the house party song and the next, a sad but hopeful ballad with only a piano — Liability is a boner killer, but it’s also a blunt reminder that the most important relationship is the one with the person in the mirror. This track is almost as good as Sober, not quite though.

One might suspect this track is so stripped down so that the audience can focus on the lyrics.

Lorde is indeed a visual artist — she has color-graphic chromesthesia, meaning that she involuntarily associates sounds with colors.

Typically, the imagery in Lorde’s songs are similar to Lana Del Rey’s in their similar quality of being cinematic. Listening to Lana Del Rey is like watching a car crash, an explosion, or a lion pounce on a gazelle in slow motion — listening to Lorde is like being a voyeur in someone else’s memories, and seeing them repeatedly in quick flashes.

The best lyrics are: “The truth is I am a toy/ That people enjoy/ ‘Til all of the tricks don’t work anymore/ And then they are bored of me.”

This is the song we are going to cry to in the car whenever it comes on and our hands aren’t free to change it to The Louvre.

Hard Feelings / Loveless is like Sober, but with less drugs and not as fun or interesting — it also didn’t need to be six minutes long. It would have been better as a spoken word interlude, but that’s okay because the seventh track, Sober II (Melodrama) is everything a title track should be.

It is a reprise of the portrait of darkness and lust painted in Sober; there is an electrifying string section part (with probably as much reverb as possible) and a piano playing a counter melody (so that the track doesn’t sound muddy), paired with a trap beat. Meanwhile, the songstress is growling a more resigned version of the melody employed in the verses of Sober.

This reprise offers the audience a more realistic and rather unromantic view of a love affair with a heavy drug user — using the imagery of a trashed room, littered with broken champagne glasses and pieces of fragmented glamour — referring to the past as “the holy sick divine nights” wherein the two subjects of the song “kissed and killed each other.”

She also says that she is “psycho high” in the second line of the song, leaving the audience to wonder if either the speaker or the singer herself have a personality disorder. Fingers crossed for the latter!

Writer in the Dark is another boring filler song except for the line “I’ll love you ’til you call the cops on me.”

Supercut is another boring filler song except for the lines: “Cause in my head in my head, I do everything right/ When you call when you call, I’ll forgive and not fight,” to which we all shouted “SAME.”

The tenth song is Liability (Reprise), which we didn’t need. Like we get it, Lorde is a liability. The beat is good though, it’s basically the same as Royals.

The last song Perfect Places, which was not worth the wait. It’s a cop out. It’s cliche, and cliche kills art. It doesn’t make sense and it’s a little too happy. With this pop music sound, why is it explicit? This is the type of song that would also be played on the radio.

Anyway, despite these dull songs towards the end, Melodrama will go platinum in the first week — just like Lorde’s first album, Pure Heroin (2013) did.

Why? Because it is long awaited for. It tells a cohesive story, maybe not one that anyone can relate to (who can relate to most rap music, for that matter) — but it gives a nuanced perspective on the party life which is becoming increasingly popular amongst indie, alternative and sadcore rock artists.

It tells the audience about the ugliness and greed of an abusive relationship, how to walk away and how to move on.

Lorde saved us from Kendrick Lamar. Nine out of ten for Lorde.