Bianca Bitches: My culture is not your costume 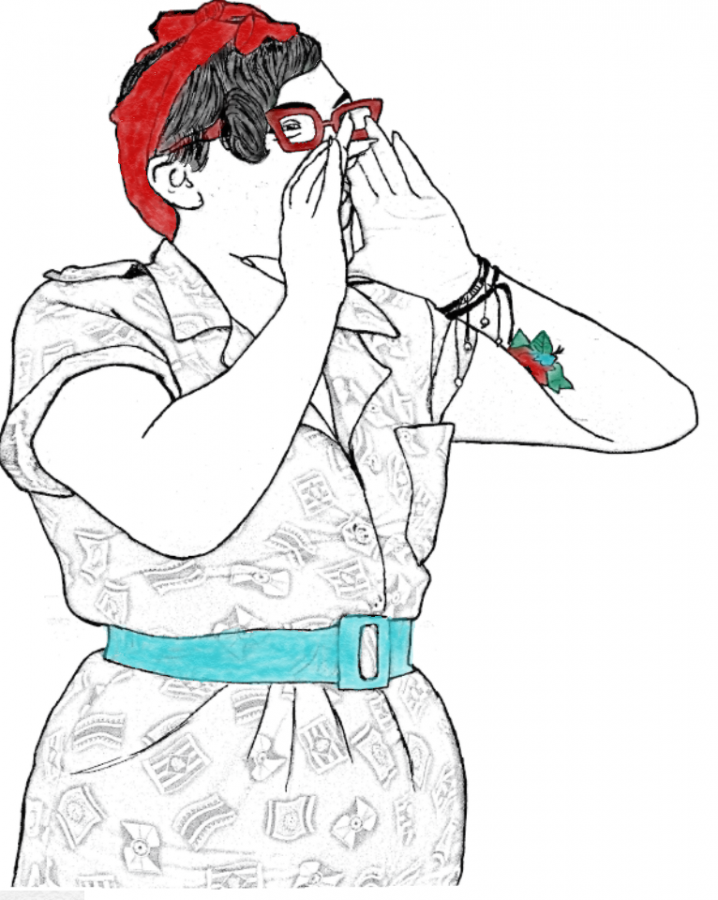 Here we are, the middle of October has crept upon us and found us costumeless for those overrated Halloween parties thrown by friends we met in a community college philosophy, political science or anthropology course who think they are the king of irony.

Well, kiddos, there are a handful of ironic costumes for you to choose from, just peruse through any of the Halloween episodes of “The Office” or “How I Met Your Mother” and replicate any of the costumes featured there.

You are better off replicating an it-has-already-been-seen idea than trying and failing at playing the, “originality card.”

What I mean when I refer to the “originality card,” is that a lot of people think that dressing culturally offensive is an original, quirky and ironic costume idea.

Perdon pendejo pero mi cultura is not a Halloween costume for you to parade around in and spill beer on.

If you don’t understand what the first part of the sentence said, then pick up a Spanish-to-English dictionary and learn the language of the culture that you are trying to appropriate.

For example, don’t put on ripped and bloody traditional Mexican attire, paint your face like a calavera, or sugar skull, and go around telling people that you are a scary Mexican skeleton.

Dia de Los Muertos is a two-day holiday, which takes place Nov. 1-2 and celebrates the lives of loved ones who have passed on and greeting them with their favorite food, drink and items, as they cross-over from the afterlife into the living world.

For some, these days are not only days of celebration, but a day of mourning, especially on the first day when the lives of children and infants who have passed away are honored.

No one wants to be mourning their loved one, while some ignoramus is getting plastered off cheap tequila and shouting arriba in a gory costume that is be racially and visually offensive.

According to National Geographic, “Assured that the dead would be insulted by mourning or sadness, Dia de los Muertos celebrates the lives of the deceased with food, drink, parties, and activities the dead enjoyed in life.

Dia de los Muertos recognizes death as a natural part of the human experience, a continuum with birth, childhood, and growing up to become a contributing member of the community.”

This holiday is, by no means Mexican Halloween, so if you are a non-Hispanic considering attending one of the many events, held in Los Angeles catering to the Dia de Los Muertos celebration, please put your tired-ass Pennywise costume down and just enjoy the beautiful culture being celebrated.

You can even participate in the festivities by painting your face like a calavera and donning appropriate traditional attire.

I am not condemning anyone from celebrating a culture, but they must be aware of the major difference between celebrating and appropriating.

Dia de Los Muertos is a tradition that must be regarded with respect due to its emotional significance.

There are processions and altars families have spent weeks constructing and preparing for as it is way to honor their ancestors.

Be considerate this Halloween season, and keep those racially offensive costume idea out of your mind and away from those celebrating their cultural and their loved ones.