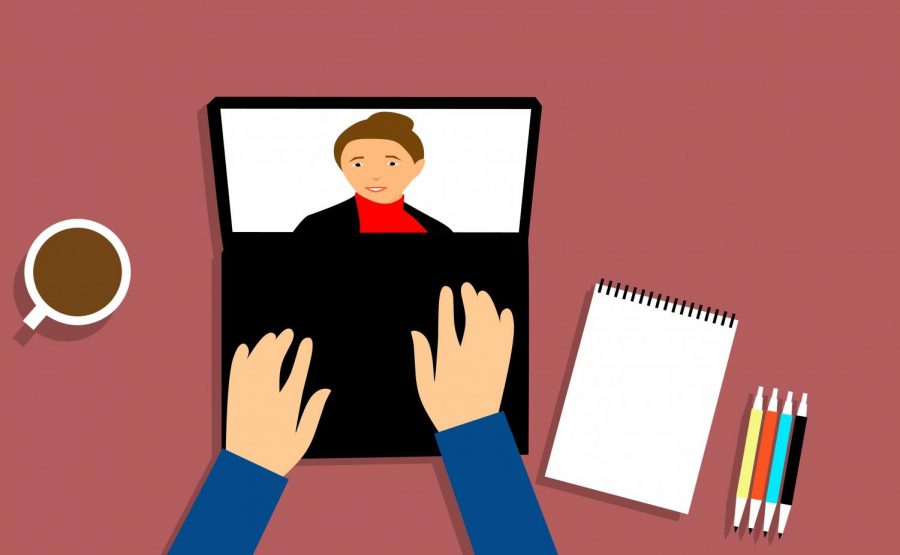 Participants were able to send private messages to mental health professionals during the webinar on April 16, 2020. Photo credit: Mohamed Hassan

Mental health, sexual violence and cultural stigmas were the main topics of discussion on April 16 at the Movies for Mental Health Virtual Workshop.

It was hosted by a panel of Cerritos College students and campus resources partnered with Art With Impact, a nonprofit charity dedicated to promoting mental wellness and connecting young people through art and media.

The online seminar is just one of several events planned for Sexual Assault Awareness month and was a free-to-join Zoom meeting that connected students, faculty and mental healthcare professionals that offered “private chat” for participants.

Following each movie, the webinar was asked a couple of poll questions before being divided into several breakout rooms where women discussed the issues portrayed, how it made them feel and how it may have connected to their own experiences.

The first film, “Gladys” directed by Jessica Jones explores the inner conflicts felt by a battered immigrant woman who battles a longstanding stigma in Latin culture that puts down women who seek mental help.

By overcoming that obstacle, Gladys was finally able to see a therapist and confront the traumas of her past.

“Touch Me Don’t Touch Me” was an emotional display of conflicting feelings of fear and desire between two lovers, all through the medium director Lucie Rachel calls “contact movement.”

The film is a depiction of the physiological pain caused by domestic abuse and domestic violence.

The most poignant film screened at the seminar was Maya Bastion’s 2019 picture, “Me Too.”

It told the story of one sexual assault survivor from the perspective of her webcam.

Using a single frame, Bastion was able to create a very real “dramatization of a very private struggle faced by millions of women worldwide.”

The response from attendees was overwhelmingly positive with 100% of participants saying they felt the event created awareness of the mental health impacts of sexual violence. On an attached document were dozens of “thank you’s” to organizers.

The discussion panel was led by Angel Gray, Giovanna Martinez, Tina Montoya and Dr. Valyncia Raphael who together make up a diverse group of four women, each representing several different organizations including STIXA, Rise and the Human Services Association.

Before the virtual workshop was concluded, organizers provided a number of resources along with keeping the chatroom open for 30 minutes of free discussion.

Next on the calendar for sexual assault awareness month is the Meditation for Healing and Resilience which takes place on April 22 at 11:30 a.m.