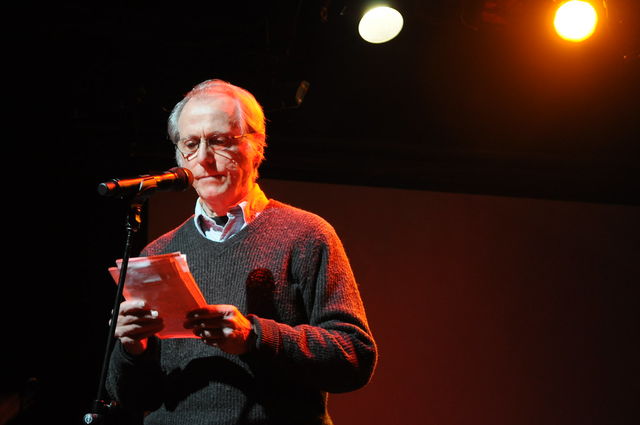 Don DeLillo is one of the most influential authors in modern American literature. 'The Silence' is his first book in four years.

‘The Silence’ is a novella by renowned novelist Don DeLillo that turns a keen eye on the human brain hooked on technology. A quick 117-page read, DeLillo’s depiction of shock and adjustment to a world-shattering event rings true, especially in the COVID-19 era.

The plot of ‘The Silence’ is minimal. A group of five friends are planning to meet for Super Bowl Sunday in the year 2022.

Jim and Tessa are flying home from Europe and will taxi over to Max and Diane’s apartment where Diane’s former student Martin has already arrived. Just before kickoff, all digital devices seize up and fail. Jim and Tessa’s plane has an emergency landing, but all survive. The couple make their way to the apartment where they all must face this new, uncertain future together.

That about sums up the action, as it were. The book focuses mostly on the dialogue between the characters.

The characters do not communicate naturally. The speech and thoughts of these five people seems like a representation of our brains with too many hours of internet under our belts. Jumping from topic to topic, incomplete thoughts, and non sequiturs rule.

From the very beginning, Jim struggles to sleep on his flight, thinking “He wanted to sleep but kept on looking” at the display screen in front of him, reciting the inane information as if he were scrolling through Twitter. “Sleep was the point. He needed to sleep. But the words and numbers kept coming.”

The entire book seethes with a dazed, surreal malaise, with the protagonist’s reactions to the tech apocalypse being subdued, not manic.

Even Max, the sports gambler with a lot riding on the outcome of the Super Bowl, drinks whiskey and stares at the blank screen, waiting for a return to normalcy.

There are references to riots and unrest in the streets but Max, after leaving the apartment to clear his head, tells the group “You don’t want to know.”

Martin, Diane’s former student and now a teacher himself appears the most disturbed by the situation, but this is more due to his established concerns over the increasing reliance on unaccountable systems and powerful tools of state control like mass surveillance and AI drone warfare.

He is not shocked by this cataclysm. He has been expecting it.

At the end of the book, each character breaks from their shifting, undirected thought patterns and gives a heartfelt monologue.

Diane comes to terms with this new reality (“But didn’t this have to happen?”).

Jim recalls the confusing and scary plane crash he is still grappling with (“…I had no way until later to connect his event with the total collapse of all systems…”).

Max describes his march up the eight flights of stairs back to the apartment (“I don’t think I have to apologize for this long dumb description… because the current situation tells us that there’s nothing else to say except what comes into our heads”).

Tessa both recalls her past through her many notebooks and wonders about the future (“Is it natural at a time like this to be thinking and talking in philosophical terms as some of us have been doing? Or should we be practical?”).

Martin, the prophet of the apocalypse, continues to struggle with his mental health and his technophobia (“The world is everything, the individual nothing. Do we all understand this?”).

‘The Silence’ is not for everyone. It borders on pedantic or overly obtuse. But the painfully accurate themes shine through in surprising ways. The dialogue feels like a disjointed chatroom. Single lines hold profound truths and observations on our collective reliance on technology.

This book, in a roundabout way, is a great book for our diseased times. Humans react to disaster in interesting ways. Some lash out in anger or fear. Some band together and strive to survive. Others still are frozen in shock, unable to face the reality confronting them. The Coronavirus has exposed all these variations and more. ‘The Silence’ takes this uniquely human phenom and points it squarely at another disaster that may lie over the horizon.

How will you react to the end of the digital present? Can you survive the analog future?