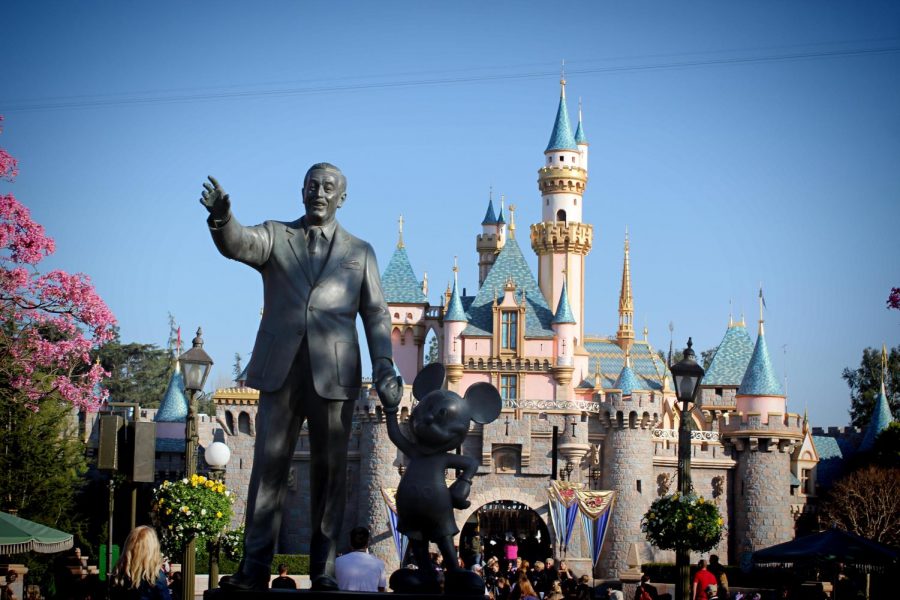 With Disneyland being closed many employees try their best to work through this pandemic in hopes of getting back to work. Two employees Jonathan and Brianna were able to speak their thoughts on the situation. Photo credit: Ron Thorp

Employees at Disneyland Resort embrace the new working conditions now that the park is set to soon reopen. Loosening COVID-19 restrictions from the state has allowed a handful of large events to continue after a year long hiatus.

Last week, the Los Angeles Times reported that Disney’s chief executive announced that the Anaheim theme park will reopen in April, meaning that thousands of cast members will finally be returning to work.

Jonathan Zaragoza, who majors in film, is a former employee of Disneyland for over 4 months from November to March.

Even though he stayed in the park, working in the restaurant section of New Orleans, Zaragoza mentions that the working conditions were nice and fun to work at.

“You always need to be cautious about what you are doing-especially since you’re working with utensils and plates,” said Zaragoza.

He went on to say that he and his fellow cast members were a close knit group.

Another employee is Briana Trujillo, who was stationed in California Adventure and has been working there for close to two years. She started by being assigned in Grizzly Peaks and working in Redwood Creek Challenge Trail attraction.

She said, “I wasn’t too excited about where I’d be sent but the place grew on me over time and I never got trained for a new attraction.”

She decided to stay working in that area cause the hours were alright and the cast members were fun to be with and talk to.

When she was there she said that the workers were kind and fun to work with, some employees ranging from early 20s to mid-60s.

When she heard rumors of COVID-19, she said “Yes, there were a lot of rumors that someone had gotten COVID-19 from the Disneyland side… people had gotten sick and called off work for numerous days in our area.”

Zaragoza and Trujillo said they were emailed days before the park closed, notifying them that employees will still get paid for their time at work and in-home.

According to Zaragoza, he was more concerned with his health when the pandemic started to hit in January saying “They seem like they know what they are doing. They wouldn’t have done anything to infect their workers. They have [our] best interests [in mind].”

Even though there was a potential risk that the virus would spread, employees still came to work hoping that they’d stay safe.

However, as the pandemic worsened, Disney had decided to close down their theme parks in Anaheim, as well as their hotels and resorts in March.

Trujillo said “I actually found out about our closure over social media. I received no call or email whatsoever.”

“The next and my last day I was supposed to work was canceled due to inclement weather then they told me that we’ll not be returning to work.”

She then filed for unemployment a few days later.

Zaragoza said he did get an email from the company saying that they’re gonna close the theme park but were still paying the employees. However, he didn’t necessarily know when it would be open again, so he didn’t know if he was fired or laid off at first.

Zaragoza is glad that the situation is getting better with COVID-19 and he is hoping to go back to work for Disney as soon as possible. Though he still feels that they shouldn’t open until the pandemic is over, at the end of the day, Disney is a business and needs to make money.

For Trujillo, she said “Yes definitely.. I think Disney is prepared for it.” But, she also has some concerns about how Disney will be able to train over 1000 new workers.

“There’s training that has to be done for cast members to understand and adjust to the new environment and I don’t know how they’ll be able to push through that in a month,” she said.

Both employees wished for the best and are hoping that Disneyland will reopen for many workers to go back and make money again.

With the “Touch of Disney” event happening in a few days, that’ll no doubt be the first step into opening the parks fully.

[Update] Disneyland is scheduled to reopen its doors for both parks as well as hotels on April 30, though details are not clear yet.