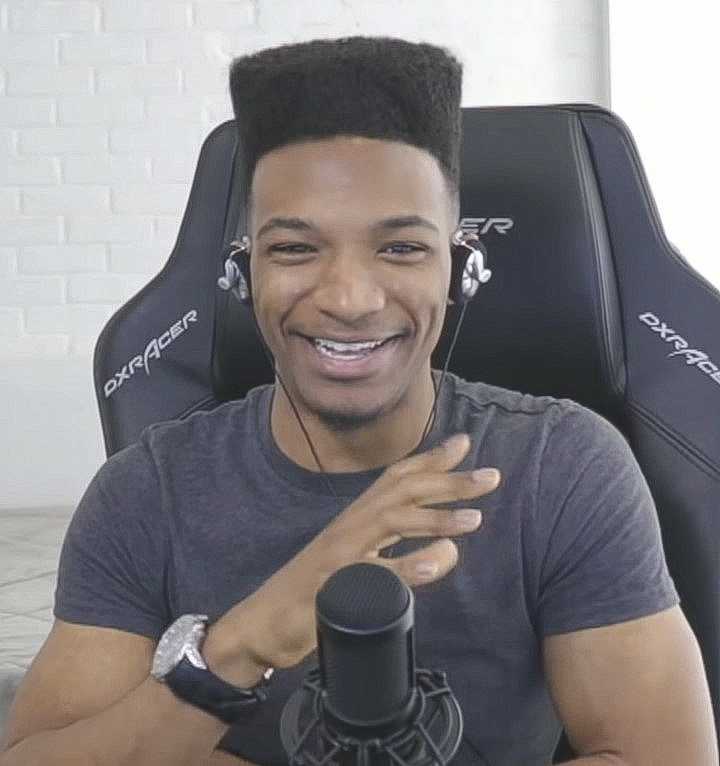 Etika in a still from one of his YouTube videos from 2019. Much of his content involved him directly speaking to his viewers, and having an all around good time. Photo credit: TR1Iceman @ YouTube

Whether it be a musician perfecting their craft, an in-depth deconstruction of a video game or film, there’s a channel for everyone.

There’ll never be anyone quite like “Etika” again, however.

Desmond Amofah, more commonly known by his internet moniker “Etika,” was an absolute titan on YouTube.

Most of his content revolved around Nintendo titles and the hype surrounding them.

He’d often stream his playthroughs of games, react to a gaming press conference or let viewers delve into the “deep web” with him.

What viewers really came to watch, however, was him.

What separated Etika from his peers was his genuineness when on camera.

Viewers of his live streams will tell you that there was nothing better than tuning in to one of his streams during a huge gaming event and seeing how ecstatic he would get when a character for “Smash Bros” would get announced.

His reactions would always become memorable, and he embraced the jokes that came with such a platform.

His enthusiasm for these events was downright infectious, and it’s hard to imagine the current landscape for YouTubers without his influence.

Of course, it’s impossible to talk about Etika without bringing up his tragic suicide.

Beneath his happy exterior, it became apparent that Etika had some demons that he struggled with. He’d post things on social media that concerned his fan base, and even ended up posting pornography on his personal YouTube channel to get it banned.

Being on such a public platform, his behavior became noticed quickly and he received much criticism, with many making jokes at his expense.

It was difficult to see a person who was usually the voice of reason become so troubled in such a short period of time.

Whatever was on his mind was something that affected him deeply, to the point where police broke into his apartment to check on him following a disturbing live stream.

The behavior eventually culminated in Etika ending his life. It was an absolute shock to everyone who knew him, and to those that enjoyed his content.

Even now, two years removed, people still celebrate his birthday and remember the man who entertained thousands. His name trended on Twitter the day of his birth.

A mural was erected in his home of New York, honoring him following his death. It’s clear that he influenced the people who interacted with him and his content.

While many remember Etika for his content, we should also use his experiences as a cautionary tale.

Mental Illness is no joke, and it’s important to remember to take care of yourself.