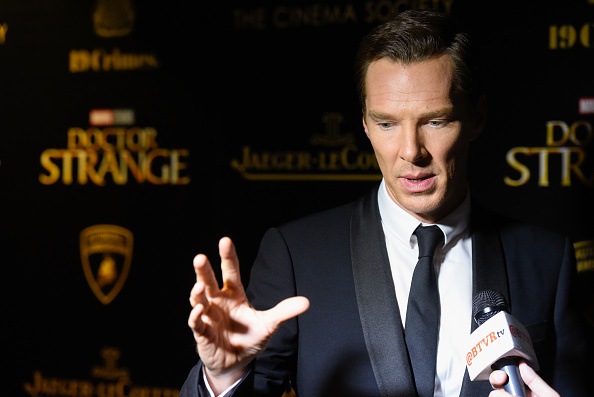 There is plenty of anticipation for Doctor Strange Multiverse of Madness and Marvel fans are in for a treat.

The latest trailers and TV spots have revealed a lot of new characters and fans have no idea what the plot is going to be.

The biggest reveal was that of Charles Xavier played by Sir Patrick Stewart. Stewart is known for his iconic role as professor X in the Fox X-Men movies.

It seems Marvel brought back this character as part of the introduction of the Illuminati in the MCU.

The Illuminati in comics is a private group of some of the world’s most powerful heroes brought together in case of larger threats.

It is still unsure who exactly will be revealed in the upcoming film.

It is possible Marvel will be revealing the superior Iron Man, one of the most powerful variants of Iron Man in the comics. Fans debate if the iconic version of the character was teased during a trailer.

A character who was confirmed and will have a big role in the film is America Chavez, played by Xochitl Gomez. Chavez is able to create and travel through portals and possess superhuman strength, speed, durability and flight.

She is from a realm named the Utopian Parallel.

The Darkhold, Marvel’s Book of the Damned, looks to be a big plot in the movie. It was teased at the end of WandaVision but fans are yet to see its full power.

The ancient and evil book contains powerful dark magic spells and apparently anyone who reads it will lose their mind or their soul.

Trailers and TV spots are not the only things revealing teases. In one of the movie posters Captain Carter’s shield can be seen.

Seeing Hayley Atwell’s Captain Carter on the big screen is something every Marvel Fan would like to see.

There are plenty of other variations that were teased throughout the latest trailers such as Defender Dr. Strange. This character dons a black and red suit and leads a group of superheroes called The Defenders.

An evil variation of the Scarlet Witch has also been shown and will also have a big role in the film.

The creature named Gargantos has been shown fighting in almost every trailer and TV spot. In the comics, Gargantos is a mindless creature whose first appearance was fighting Namor the Sub Mariner.

It will be interesting to see if this is Marvel’s way of introducing the King of Atlantis to their cinematic universe.

Plenty of other cameos will be revealed during the movie and hopefully this will be the film to bring mutants to the Marvel Cinematic Universe.

The movie could be bringing a storyline similar to the House of M comic run but bringing mutants to the world instead.