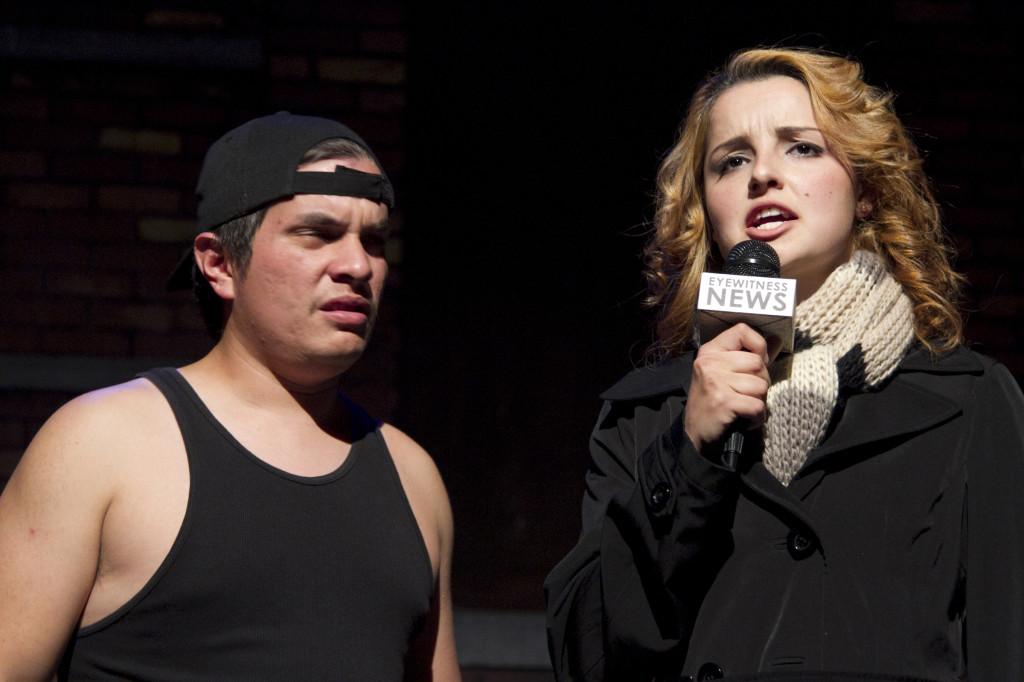 Actors participate in an improv game during Late Night Burnight.

The Late Night Burnight cast won its audience over by making them laugh hysterically in every sketch on Dec. 2nd.

With a ridiculous opening sketch, the cast awakened its audience right away.

Late Night Burnight had everything you can expect in a comedy show.

The one true weakness of the performance was the stand-up comedy. The comedian failed to get as much laughter from the crowd as the comedians from other sketches.

Two actors that really had the audience laughing out loud for most of the show were Melissa Legaspi and Jared Head.

It seemed like they did anything they could for laughs and it really worked.

The cast played games to keep the audience’s attention and even made pop culture jokes.

One of the games they played was “guess who the guest is” where one of the actors steps out of the room and the audience gets to decide which character they have to play.

One of the pop culture references involved in the performance was Dora the Explorer.

A male cast member dressed up as Dora and took a hilarious journey from Cerritos College to the Staples Center.

Some characters that were played were Kim Kardashian, an Irish man, a crack dealer and a Charlie Sheen cameo.

It is a must see for live comedy fans.

So grab a coat an extra pair of underwear and get ready to laugh it off.