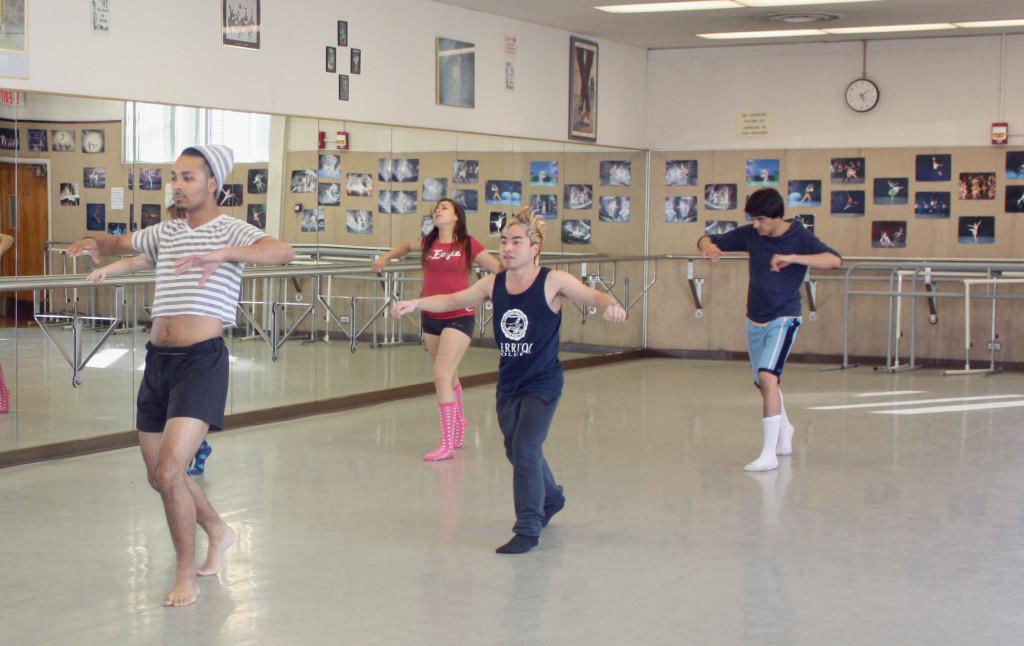 Dance students in FA-55 practicing a modern dance piece for the Spring 2012 Dance Concert. Various dance pieces such as ballet, modern, commercial and world fusion will be performed at the event.

From ballet to world fusion, dance students will be performing at the spring dance concert on March 22 to March 24 at the Burnight Center Theatre.

General admission tickets are being sold for $15 and $12 for students, children and senior citizens.

He also mentioned that they show dedication during rehearsals.

The dance concerts are known to sell out quickly, due to being many of the participants’ first time in a dance performance with their family members come to watch and support, according to Felix.

There will be around 15 dance pieces featured in this semester’s concert, and none will be student choreography as opposed to previous semesters.

Felix says loss of family will be the theme of one of the dance pieces.

Business major Victoria Jacobson explained her favorite part of being in the concert,“I just like performing and being with everyone,” she said.