WPMD impacts lives on and off campus 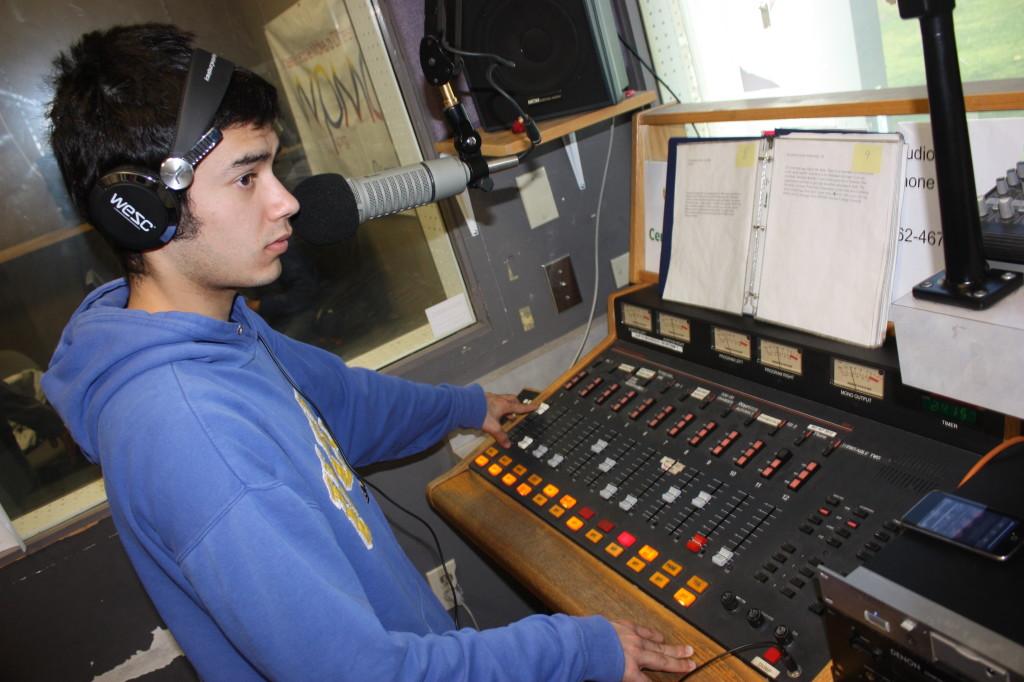 Radio host for “The Nonsense Hour,” Angel Alcala, working on the control board in the WPMD station on campus. Alcala started his show last semester to play music.

Business major Raymond De La Torre said WPMD has had one of the biggest impacts on his life.

He explains, “Before I arrived here and started making a difference, I was extremely anti-social and I couldn’t really speak to people and now it’s no problem, I could talk to almost anyone about anything, and I love it.”

WPMD Radio has been broadcasting music to Cerritos College students since 1991, with the acronym standing for “Where People Make A Difference.”

“I’ve seen a lot of people walk in here who had a desire to work on the radio, had no skills and no experience.”

He said that with some training, practice and support, WPMD has turned a lot of people into good radio performers.

Piotrowski explains how he relates to students, “My best time in college was working at the college radio station. I was radio rat, I hung around there all the time.

“I understand. I really relate to how much fun they can have doing this and we try to create as fun an atmosphere as we can. Generally speaking we’ve been able to do that.”

“On WPMD, we reach a worldwide audience, so we can go ahead and entertain and inform the entire world. I think that alone is incredible.”

Flores goes on and says that while WPMD reaches out worldwide, it also has a website and signal of AM that reaches out to a few surrounding communities.

Radio broadcasting major Gildardo Aquino, also known as DJ Demo, explains how WPMD helps people build careers in radio. “When I started this program my whole idea was to be on radio.”

Aquino also said that the WPMD program has helped him a lot in becoming a radio personality.

“WPMD is a great program. They really teach you to get out there, motivate you to go ahead and follow that dream to be on radio.

“Well, most definitely I believe that this is the electronic medium in which all students can network.”

Flores said if a student is in a club and he wants to promote himself, WPMD radio can make that possible.

“WPMD has reached out to clubs, tried to reach out to ASCC leaders to speak and inform students on matters and several campaigns,” Flores mentioned.

He continues by stating, “It’s very interesting how when the station first started it played in different areas on campus.”