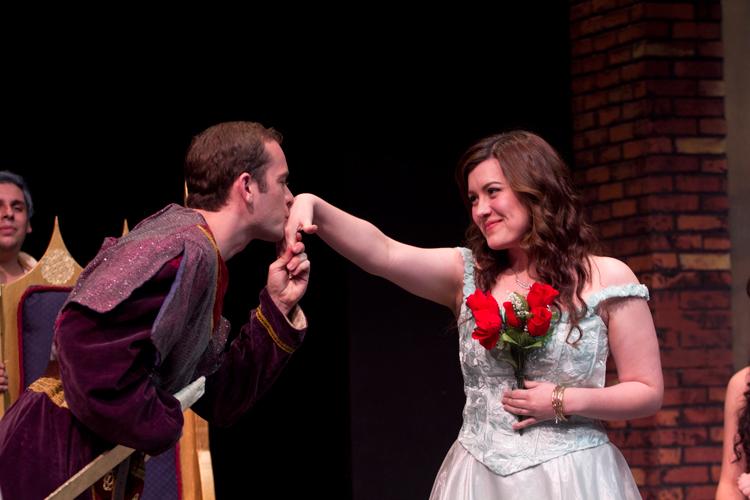 The Cerritos College Theatre Department has begun its 17th annual “Summer One-Acts” which is being held inside the Studio Theatre.

The “Summer One-Acts” is a series of short plays, produced by students, about different subjects and genres.

The plays made their 2012 debut on July 27. Repeat performances are scheduled for Aug. 2 thru Aug. 5.

The production was shocking as well as comedic. Every act had something special to offer to its audience.

The “Summer One-Acts” was surprisingly very well done, especially since they were plays written, directed, designed and performed by students.

Audience members should expect five plays that range from comedy to drama. The time periods of the acts also varied from medieval to present time.

The plays called Once Upon a Something, Holy Caper!, and Untitled: An Improvised Play, are comedic while The Bet and Loving Danny are very serious and dramatic.

The Bet contains sexual situations, as well as foul language, that is not suitable for younger children.

With comedy that will have you laughing and asking for more, and drama that will leave you breathless and wondering what will happen next, the Summer production of the Cerritos College One-Acts has something for everyone. It will leave its audience talking and laughing about it days after.

The audience appeared to be impressed by the performances; laughing as well as complementing in between acts and during intermission.

The performances by the cast were very convincing. You can see that a lot of thought and effort was placed into producing each play.

The great stories, dialogue and performances that are found in the “Summer One-Acts” is definitely worth the $10 general price of admission.