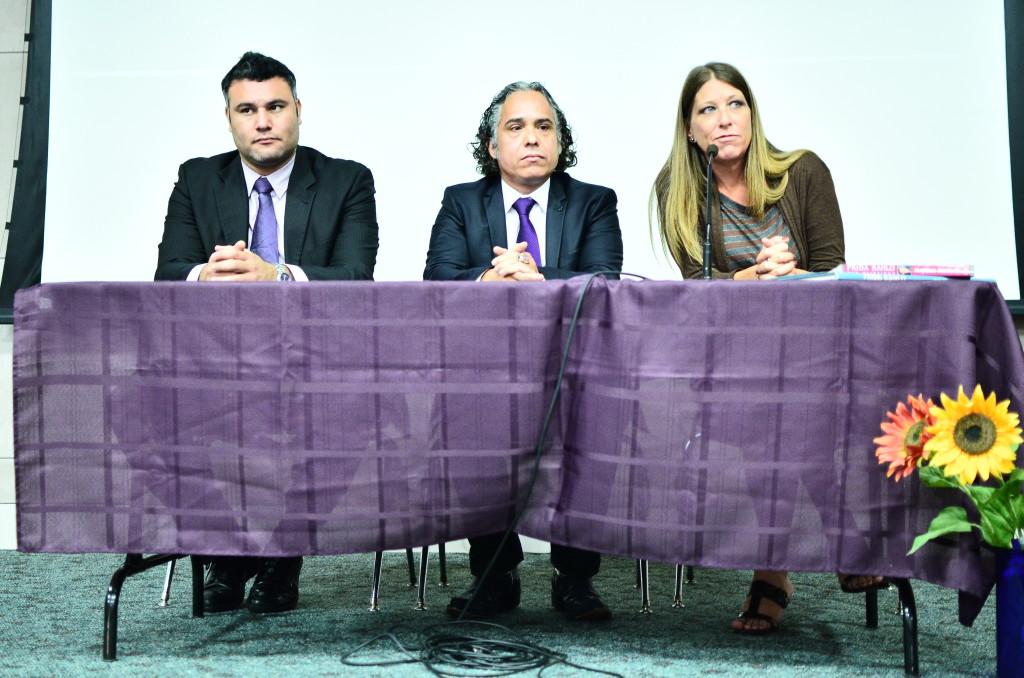 When Romance Linguistics major Daniel Schaper stepped forward at the age of 13 and announced that that he was gay, the news quickly spread like wildfire throughout his school campus.

“When I came out I told a group of friends, and it was a spontaneous ‘I am gay!’ and they ended up telling the entire school.”

Schaper was brought up in a religious household and was taught at a young age that homosexuality was wrong.

“My parents would tell me that it was wrong, and if you are gay to just keep it to yourself, but I was just so full of pride and thought to myself that there was nothing wrong with being gay.”

Schaper immediately sensed some distance between some of his classmates.

“When the news was spread about me being gay, some people began questioning me, and some people even backed away from me calling me fag and queer and all other sorts of derogatory words. Not only was I bullied for being gay, I was also bullied for being overweight, and being made fun of for those two things at the same time seemed like the icing on the cake for them.”

Schaper is just one of many students in the gay community that have dealt with issues caused by bullying and ridicule. Nov. 1 the Psychology and Modern Language Departments hosted a Symposium on Anti-Gay Bullying in the Teleconference Center.

Psychology Professor and moderator of the panel Brett Wheeler said, “The main goal of this seminar was to raise awareness of bullying, and not just for people who are gay, but also for those who are perceived as being gay and are beaten up for it to. It’s all the same type of bullying.”

The conference consisted of two movie presentations, as well as a panel of three experts on the topic giving their inputs on questions brought forth from the audience.

Wheeler believes that the men need to be the “first line of resistance” against gay bullying.

“If there’s a woman and she says ‘Don’t pick on them’, no one is going to call her out on her own sexual orientation. Whereas with men, that will be the first thing that is going to happen.

If a man says ‘Hey don’t pick on him,’ the oppressor might say something like ‘oh are you a faggot too?’ It is not that this is only a men’s issue when dealing with bullies, it’s just that men need to learn how to bear the burden of being questioned in that way, because if they don’t then bullies don’t get stopped.”

Chair of Psychology Michille Lewellen said, “I think that just like women and Civil Rights issues, it’s all about time. It is going to take some time, and there are some cultures out there that are very entrenched with religion and family.

It takes people like us to try and spread the news that people kill themselves over this (bullying), rather than wanting to face their families or their friends.”

Child development major Austin Garrido said, “This (seminar) was great because it really helps out those who are gay with their own personal lives, as well as showing those who are not gay just how much other people are struggling. It’s not even only gay people that get bullied, it’s straight people too. Everybody should be equal, and it’s just not fair.”