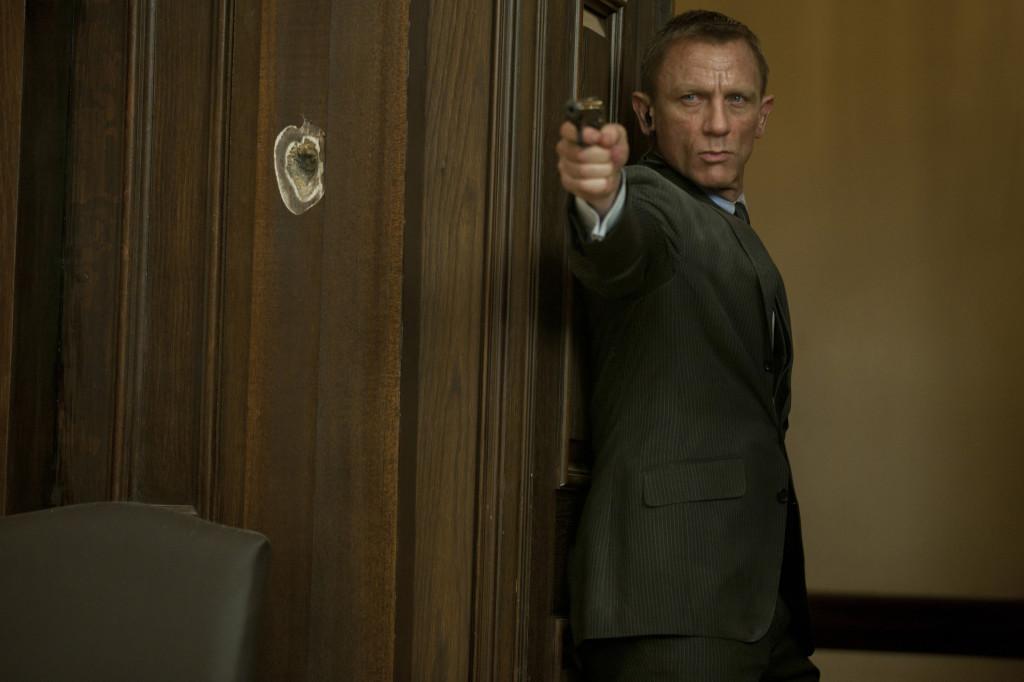 Daniel Craig’s new film “Skyfall” could very well be the best Bond movie of all time.

The movie begins with James Bond and his partner Eve, played by Naomie Harris, chasing down a mercenary in Turkey.

In the midst of Bond fighting the mercenary, Harris is ordered by M, played by Judi Dench, to “Take the bloody shot” and Harris finds herself shooting Bond instead of the mercenary and Bond falls to his “death.”

During the time of Bond’s supposed “death”, the government agency MI6 is under attack by an unknown enemy as agents across the globe are being exposed and killed off.

Upon hearing the news, Bond returns back to London to report for duty, and resume his role as Agent 007.

Craig takes his dark Bond character even deeper into the depths in this spectacular action movie that seems to be the most personal Bond movie ever seen to date.

Since Bond hasn’t been 007 for a long time, his sharpshooting skills have become dramatically rusty, and one cannot help but feel a “The Dark Knight Rises” vibe with this movie as Bond is struggling to become the old 007 that he used to be.

The Bond girl is a very big part of any Bond movie, and in Skyfall we are treated to the beautiful Berenice Marlohe playing Severine, as well as previously mentioned 007’s partner Eve.

Surprisingly, when thinking of the Bond girls in this movie, the best and most relevant woman in the story is in fact M.

Yes, Judi Dench may be too old to be a Bond girl, but the story actually revolves around her, as she is the reason why the attacks on MI6 are happening and you seem to forget about the other Bond girls and become more interested in this woman’s story as she is haunted by her past.

Javier Bardem is the villain in this movie as Raoul Silva and delivers a memorable performance as a former MI6 agent who is seeking revenge toward M for giving him up for torture.

Q makes a return to the Bond movies with Ben Whishaw portraying a youthful and charming representation of the character.

The action scenes overall are quite believable, with some moments making you think to yourself, “That could never happen in real life, but it’s a Bond movie so I’ll let it slide.”

“Skyfall” even treats fans of the Bond movies with some throwback references that will make the viewer very pleased once they see it.

The ending will make some fans of the Bond movies a bit sad, yet at the same time cause excitement and great expectations for the next sequel.

“Skyfall” has great characters, a deep plot, and is sure to be one of the best movies to have come out this year.