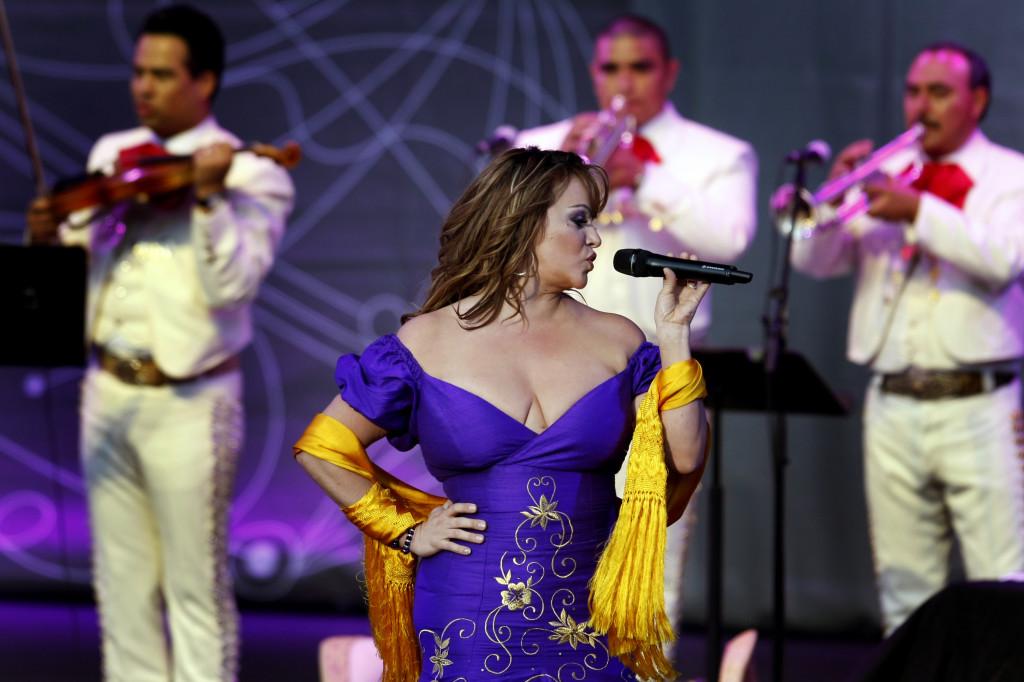 Recording artist, Jenni Rivera also known to her public as “La Diva de la Banda’s” life and musical career was cut short early Sunday morning after having lost her life in an unexpected plane crash in Nuevo Leon just outside the city of Monterey in Mexico.

Many people outside of the Hispanic community may not have known her name before her death, but she was and continues to be a household name for the Latino community.

Rivera’s life was full of hardships that include three marriages that ended up in divorce, one of which the cause was due to domestic violence, having been a mother in such a young age and problems with her children through the years.

A Long Beach native and born as Dolores Janney Rivera, she started her singing career back in 1993 and sold over 15 million records, according to Billboard.

Rivera was also nominated for three Latin Grammy’s through her musical career in 2002, 2008 and 2011. Sherecently took home the awards for best female artist and banda album of the year for her album Joyas Prestadas: Bandas, at the 2012 Billboard Mexican Musical Awards in October.

Music was not Jenni’s only passion though, the recording artist was building an empire with her name in the recent years.

With a perfume, named after the late singer, a cosmetic line, a clothing company that mainly caters denim jeans for women with a fuller figure and a production company, Rivera was kept busy.

Rivera starred and was the executive producer for her reality show entitled “I Love Jennie,” which aired on Telemundo’s sibling station Mun2. Rivera was currently filming season three of her reality show at the time of her passing.

Jenni also had spin-off shows and served as the executive producer for them as well. The spin-offs featured her daughters in, “Jenni Rivera Presents: Chiquis and Raq-C” and “Chiquis ‘n Control.”

At the time of her death, Rivera was developing an English comedy series on ABC where the singer was set to star. The show was set to revolve around Jenni’s past and struggles as a single mother.

Rivera was en route to Mexico City where she was one of four judge’s for Mexico’s version of the US singing competition show “The Voice,” as “La Voz.” Mexico temporarily postponed filming of the competition shortly after news broke out that the music star was missing.

Jenni also appeared in the indie film Filly Brown, which was recently shown at the Sundance Film Festival and is set to be released in theaters in 2013. Rivera plays an incarcerated mother of an aspiring rapper who is trying to maintain a relationship with her daughter from behind bars.

Co-star Edward James Olmos shared with the media his thoughts about the late singer in the film stating, “The world lost an extraordinary talent in the realm of Judy Garland, Barbara Streisand, and Frank Sinatra, who took their singing artistry and became dramatic artists in film and television.

“Jenni Rivera was destined to surpass any artist that we have ever seen coming from the Mexican American culture. She was just starting. My love to her family, especially her children and her mother and father,” Olmos conditioned.

Rivera was also currently writing and recording music in English in preparation for a possible album aimed at the English-language pop market, but now no one will ever know if the singer would have made her mark in the English market.

No one will ever know how far the Mexican-American singer/entrepreneur would have accomplished in the year’s to come, but instead will now be remembered as a legend and fighter for music artists everywhere.