The Hobbit: Desolation of Smaug is an improvement from the first 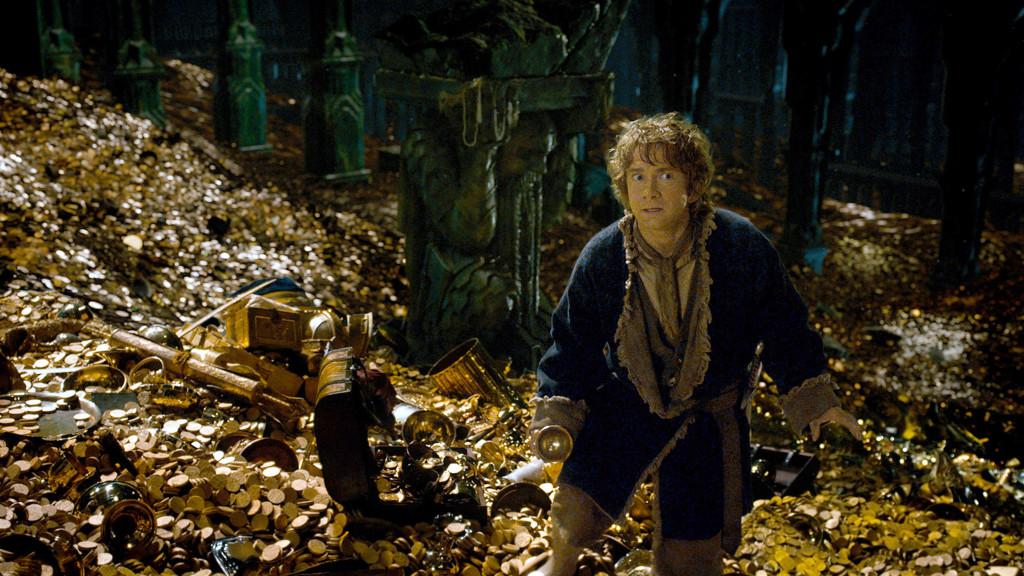 The Hobbit: The Desolation of Smaug hits theaters Friday, December 13, 2013.

True songs and tales fall utterly short of the enormity of Peter Jackson’s stupendous “The Hobbit: The Desolation of Smaug”.

One year and 13 YouTube production diaries later, the much anticipated sequel to the prequel of the Lord of the Rings franchise hit theaters Dec. 13 and completely annihilated box office competition.

Why? Two words: Benedict Cumberbatch. To some, was Sherlock Holmes, to others was Khan in Star Trek, but to most, he wasn’t really anybody. Now, he provides to booming voice to the most conceited and beautifully crafted dragon to hit the silver screen.

Cumberbatch was joined by the entire cast of the previous film as well as a few familiar faces from The Lord of the Rings. Hugo Weaving? Yes. Cate Blanchett? Of course. Orlando Bloom? Hell yes.

Another new comer to the series is Evangeline Lilly, who plays Tauriel. Doesn’t sound familiar? Good. She shouldn’t because Tauriel doesn’t appear in The Hobbit, but that doesn’t stop Jackson from adding her anyway.

But don’t fret, J.R.R. Tolkien fans. Lilly’s doesn’t clunk up the story in any way. In fact, she adds the right amount of girl power to the predominantly male cast.

The Desolation of Smaug is sure to satisfy anyone who thought that the first installment dragged the story a little bit. While “The Lord of the Rings: The Two Towers” struggled with being the middle film, this movie starts out with a bang and hardly ever lets up. There is an extra story thread involving following Gandalf to foreshadow the events of The Lord of the Rings, but it doesn’t distract from the plot too much.

The main attraction to the film is, of course, the dragon. According to Peter Jackson’s video diaries on his YouTube, each scale took around a week to generate and the end result looks spectacularly.

Cumberbatch’s voice is morphed with effects to provide more of a boom and the ending result is a sneering, wise, boastful dragon that is amazing enough to make you wonder whether your allegiances lie with the dwarves of with the dragon.

There is no solid ending to the movie because there is one more part left to the trilogy. If Bilbo’s fearful, “What have we done?”, doesn’t make you squirm in your seat, you will uncomfortably realize that you got a year to wait for the last movie to find out exactly what they have done. As for the rest of us, we’ll be eagerly awaiting in agony for the final chapter.

If that’s not enough to motivate you to see The Hobbit in the middle of finals week think about this: It’s been 10 years since you’ve seen Orlando Bloom in an elf costume.