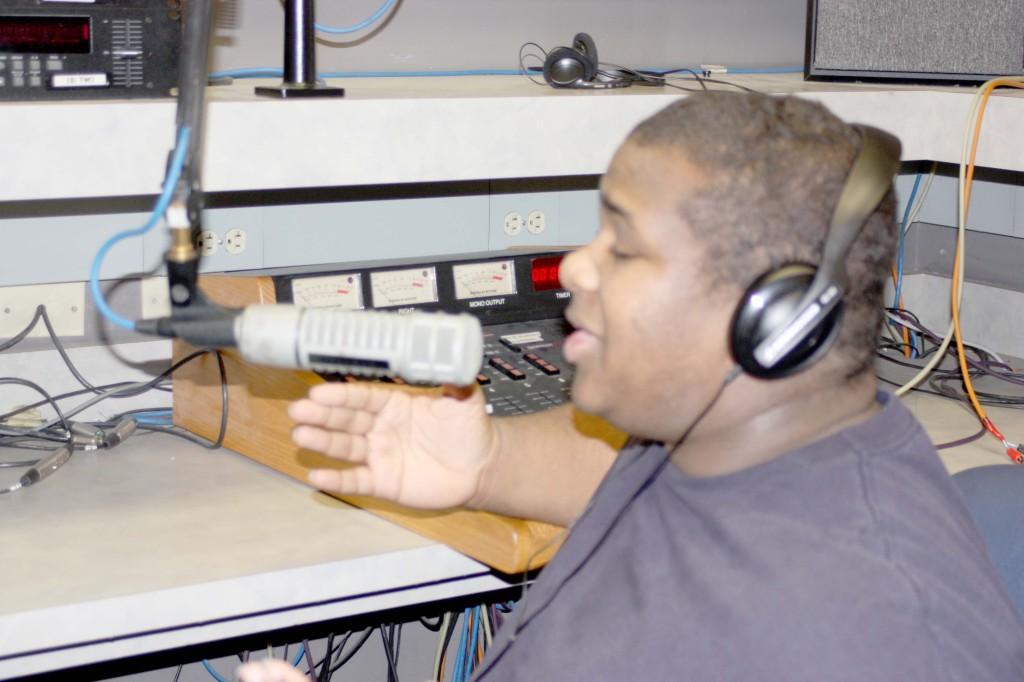 The "K Pop " Hour with Dauvee Simon and his co- host Saveon Simon was nominated for the most innovated Show Tuesday from 9-10 a.m.. this nomination was just one of four that the radio station recieved after sending in submissions back in November.Photo credit: Amairani Mendez

The Cerritos College raido station, WMPD (Where People Make a Difference) got nominated in four categories for being the one of the best Community College radio stations out of three others nominated in this category.

The Cerritos College radio station, WPMD, has received four nominations from the Intercollegiate Broadcasting System since submitting entries back in November.

Director Casey Piotrowski, who submitted the entries, said there are a variety of different categories for the awards that were open to enter the competition.

He went on to say that the radio station submitted a total of 37 entries, but within those 37 enteries only four categories were being nominated for this year.

Piotrowski is excited to make the announcement that four categories are being nominated.

One nomination was for the “Best ID / Sweeper,” the two students who achieved that nomination was Gildardo “DJ Demo” Aquino and Saveon “Ignite” Simon.

“It was a blessing,” said Saveon, “We’ve been doing a lot of hard work and I was psyched when I got the call… I was just flippin’.” said Saveon with excitement.

His brother Dauvee was also joyous about his nomination. “I think it’s remarkable, I’m actually quite shocked,” Dauvee said, “I did not know this was gonna happen, I am very happy, extremely, extremely happy, I’m jumping on my heels.”

The brothers aren’t sure what they see themselves doing in the future after their respective nominations, but they sure do know that something big will get in their way after this nomination and they are in hope of a win.

“I have no idea, actually I got approached by one of the radio stations ‘Radio Korea’ in LA,” said Dauvee.

As for Saveon, he doesn’t really know what to do. He says that if his producing and rapping career takes off ,then he might continue that route.

If not, he says he would like to continue to do something within music and radio.

The awards will be held in New York on March 9. The station has yet to determine whether or not they will send someone to New York.

The station also was nominated in a Public Affairs category.

To listen live to any of the shows provided by WPMD, go to www.wpmd.org.

Or for more information on the radio station or the Broadcasting Club visit its Facebook page.