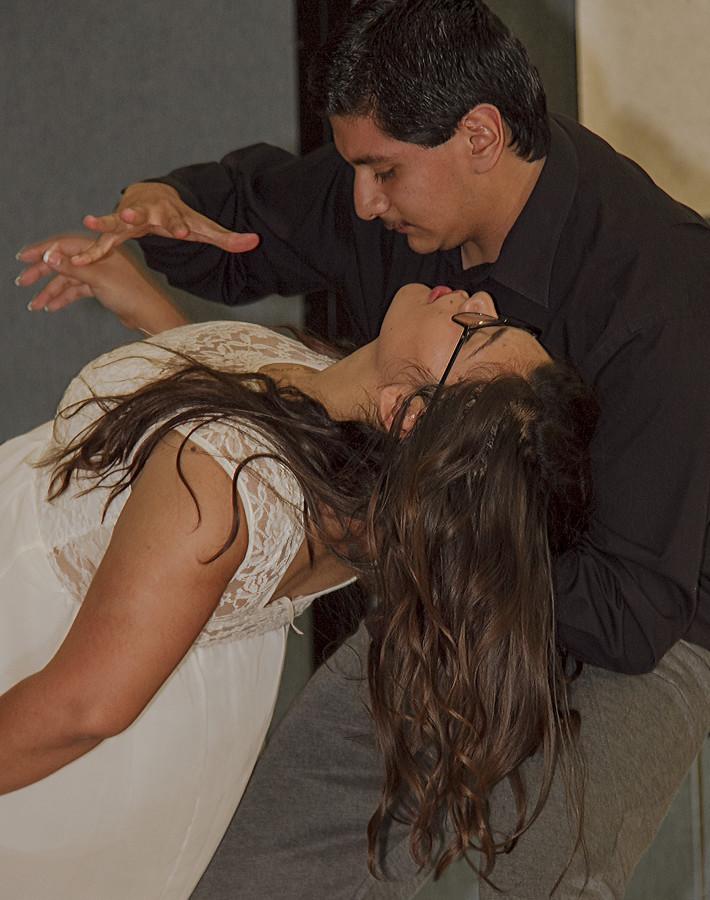 The Dynamic Dance Club’s emotionally charged proud student dancers presented a show in the Student Center on Monday, May 5. The showcase of dance revolution styled sequences was performed by 30 students who love the creative art of contemporary dance movement. I

t was not an “official” Cerritos College Dance Department production; there were no ballet toe shoes, no tap shoes or spandex jazz pants present on or off the stage. The second semester Dynamic Dance Club gave a romance, drama, hip hop set of performances in two acts to a highly charged response of approval from the audience.

Themes ranged from hip-hop, Polynesian dance, modern and romance for a total of 12 dances in two acts. The show culminated in a “street style” dance-off by three students. Each was given a very brief time period to create an on-the-spot performance.

The audience participated in the voting and selected the final winner who took home a $50 dollar gift card. Diamond Bracamontes, psychology major and recently selected spring 2014 drag king stated, “I thought it was a nice, well put together, enjoyable show.” She continued, “I liked every performance. It felt as if all the performers gave it their all.”

Reminiscent of the final romantic dance sequence in the Step Up: Revolution (2012) film, Vanessa Acosta, vice-president, choreographed an emotionally charged duet to debut herself and Ariel Hernandez in the second act.

The pas de deux enchanted the audience with Acosta’s sensual choreography. “My favorite dance. I felt as if she connected with the song during her dance. It was very touching. It’s like her moves and the song became one and it was beautiful,” Bracamontes said.

During the intermission, there was an encore performance of Chicanos/Latinos for Community Medicine Club’s winning dance team from the previous week’s competition.

The two performers were Charlie Zuniga and Punnreay Pal. “I thought the event was outstanding because it was free, entertaining, fast-paced; lots of different performances. I could really see the passion in each (of the) performances,” Michael Melindo, associate justice for the Associated Students of Cerritos College said.

“The CCM dance was funny and so very entertaining.” “Act two’s Pardon My Partition by the all girl hip-hop (team) was my favorite,” he said. “It was very well choreographed by student Breyanna Kellum. Just when you thought it was going to end, they came back with new moves.”

The dancers in the hip-hop group were Kellum, Acosta, Briana Johnson, Alex Cormier and Judy Mendez. “Breyanna (Kellum) really shined in that piece. Her energy was contagious and she was both fierce and charismatic on stage.” “What an amazing first Annual Dance Show by the Dynamic Dance Club,” Jackie Sanchez the club’s historian, said.

Sanchez wanted to thank everyone who came and supported them. “You cannot forget the amazing choreographers and dancers, thank you for your hard work.”