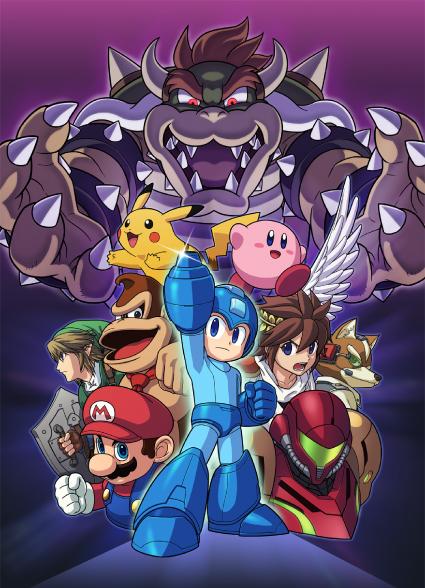 PHOTO BY: Ryuji Higurashi/CAPCOM "Super Smash Bros.," the fourth installment in the Nintendo fighting franchise, hits stores for the 3DS console Friday, Oct. 3, with the Wii U release coming along "Holiday 2014." One of the new fighters in the game is Mega Man (center).

A new “Smash Bros.” game hits the shelves, but this time – it’s portable!

The popular Nintendo series “Super Smash Bros.” will release a fourth installment in the series Friday, Oct. 3, for the Nintendo 3DS. The Wii U version will be released “Holiday 2014,” according the official “Smash Bros.” website.

This is the first time ever in the series that the game will be released for a portable console.

“Smash Bros.” earned popularity for the unique premise that the games are based on – gather a bunch of Nintendo characters, put them in one game and have them duke it out for supremacy.

The original idea just took off.

The game started off on the Nintendo 64, moved on over to the GameCube with “Melee” and previously finished off with “Brawl” on the Wii.

Each time, new wrinkles and gimmicks were added to the project.

This time, the gimmick manifests itself in real life – in the form of mobile gaming.

A demo for the 3DS version was released Sept. 19. Two weeks later, it can be said that the core concept of the game retains the same fluidity and fun that the console version has on its mobile iteration.

With the brief characters (Mega Man, Mario, Link, Pikachu and Villager) that the demo offers, the sampling of the game gives insight on what’s to come Friday – dropped classes and “sick” call-ins to work, because some sure-fire fun is in store.

The new items available can be over the top, (… If you thought the blue shell in “Mario Kart” was bad …) but it’s a welcome addition for casual players; for you hardcore gamers out there, the techniques and kinks known throughout the years for this franchise are still there, but a slight adjustment is needed, for sure.

The adjustment is not necessarily in the game itself, it’s more about learning to play on the 3DS. Not once is the smaller screen a nuisance, but having the buttons crammed together on the device, and having some controls assigned to certain awkward positions, can get some getting used to.

But that’s not a game-changer by any means. After a while, it becomes natural, just like it can become for any new game out there.

This transition to mobile has long been thought of. At last, Friday, it’s here, and, boy, oh, boy, are we all ready to “smash,” or what?

Newcomers to the fray include: