A Star is Reborn! in Netflix’s Luis Miguel-The Series 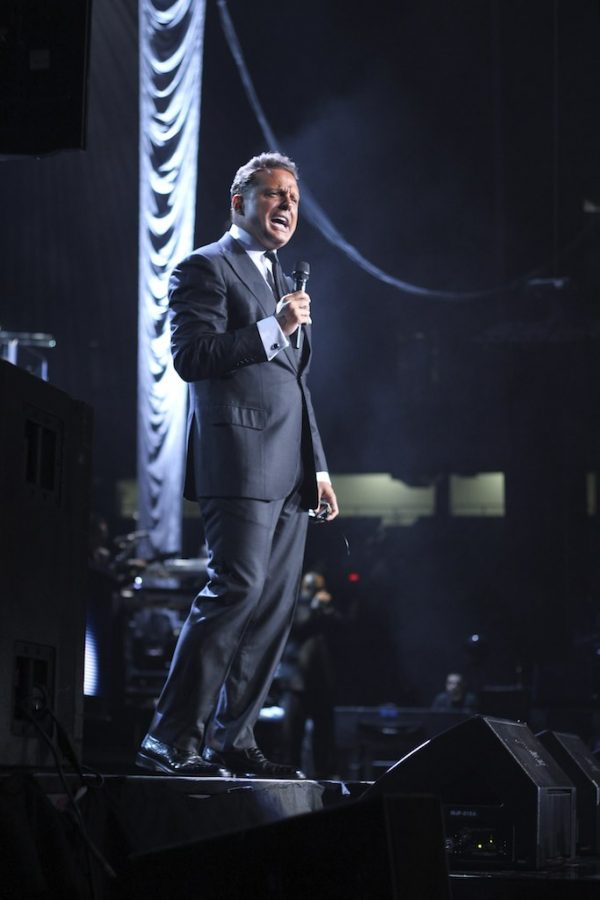 Luis Miguel-The Series: season one is now available on Netflix for the U.S. audience to watch the interestingly mysterious private life of one of the most successful artists in Latin America of all time and it is nostalgically great!

The authorized biographical television series is based on the life of Mexican singer, Luis Miguel from his two biography books “Luis Mi Rey” and “Luis Miguel: La Historia.”

The series features a total of 13 episodes as it dramatizes the life of Miguel, portrayed by Diego Boneta, from his early childhood stardom up to as a young adult during the 80s and early 90s.

Boneta did a fantastic job on portraying Miguel emotionally despite of not being physically identical to him.

Oscar Jaenada, who portrayed, Luis “Luisito” Rey, did an amazing job on portraying Miguel’s father as the antagonist in the series.

Jaenada’s performance truly felt as real as possible of the type of person Rey was in real life.

The cast ensemble was well chosen and all did their portrayals that closely resembled the real life people as possible.

The series production was well-written and produced in which the audience can intimately feel part of witnessing Miguel’s best and worst moments through the many stages of his early life.

Netflix did a great job on treating the series with much respect, it felt more like a documentary more than a bio-series for its terrific storytelling approach to it.

Secrets such as his early difficult childhood, his intensive relationship with his father and manager, Luis Rey and the mysterious disappearance of his mother Marcela Basteri, portrayed by Anna Favella, to this day it still remains unknown.

Basteri’s disappearance was one of the main highlights that brought the most attention throughout the whole series and will keep the viewers tuning in each episode to find out what exactly happened to her.

The series definitely humanized Miguel in a special way by not only telling his story on what he personally went through but demonstrated to the viewers that the ambition of fame and fortune comes with a cost and that can tremendously impact a family.

This is a story about a man who sacrificed from a young age his love for his family in order to obtain a dream in which painfully cost him many things.

One of the main features that made this series special, was its many pop culture references that were present in Mexico back in the 1980s for which had a nostalgic feeling towards it.

The only minor flaw of the series was the inaccuracy of some events and certain characters based on real people could leave the viewer confused on what was fact or fiction since it was based on actual true events.

Luis Miguel is often honorably referred to as “El Sol de Mexico” and the “Latin Frank Sinatra” of Generation X.

He is considered to be one of the top male pop singers worldwide to this day.

He is surprisingly the only Latin singer of his generation to not crossover into the English-language market during the “Latin Explosion” in the 1990s.

It is always been famously known in the Spanish-language media, that Miguel has always been an intensively private person when it comes to his personal life but with the release of this series, all of his most kept intimate secrets are finally revealed.

Despite of what he went through and is heard about him, there is no doubt that a star is reborn with the release of his bio-series.