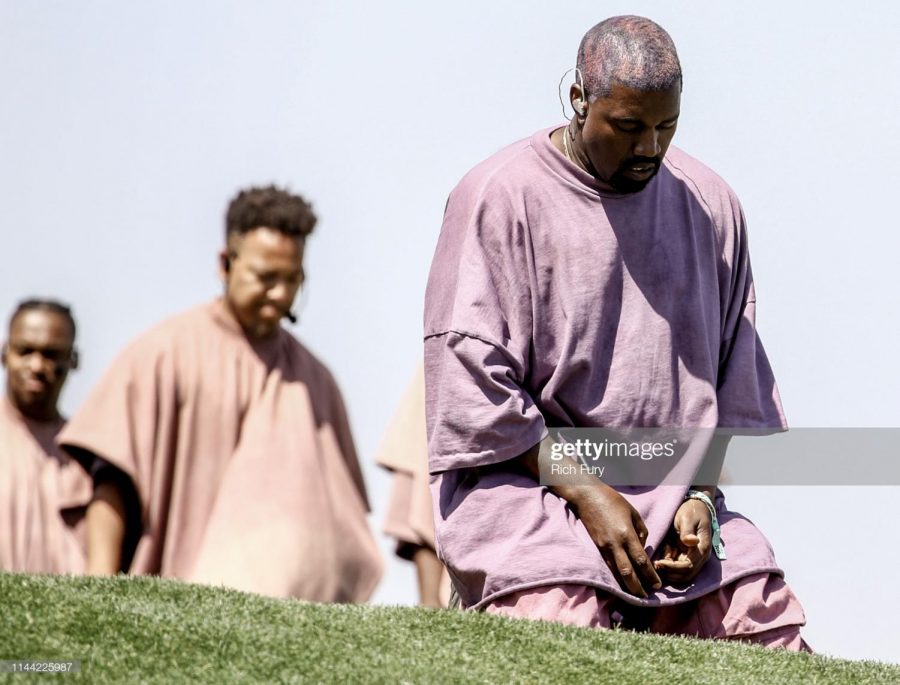 Kanye West made headlines for his tour “Jesus is King” and the incorporation of his “Sunday Service,” at the Forum in Inglewood on Oct. 27, 2019.

The arena was draped with a sign on the outside that read “Jesus is King,” which is the name of his highly anticipated album that released Friday of this week.

West had the Forum in its normal state, but he did have an outdoor forest ambiance.

The set resembled an open field with tall bush like greenery very pretty like in the outdoors. Kanye accompanied by Pastor Adam Tyson, a minister at Placerita Bible Church in Newhall CA, and his gospel choir set the tone for the service.

It almost felt as if the energy was coming from the middle of the arena as the choir prepared and dressed in all white garments.

As seats filled West ironically started service with a song of his debut album called “Chick-fil-a” singing, words like “Closed on Sunday.” Which everyone in America knows Chick-Fil-A is closed on Sundays.

What is most ironic is while most attendees are used to paying a $10 fee for brunch any given Sunday, this Sunday their money was well spent.

Fans were advised that the $10 proceeds would go to an unspecified charity, while others obtained free entry with instructions from the local radio stations on how to get in.

Marcus Hamilton, Long Beach native, said he had the opportunity to attend the concert.

“My mom works for a radio station that had them she said that’s how I lucked up on my ticket.”, stated Hamilton

But it is fair to say however, anyone who was able to get in believed it was worth every penny being able to hear Kanye deliver his message with help from the voices of his choir.

Or even if fans were merely there to be captivated by the music; verses from the Clipse or the melody played from the legendary Kenny G.

Either way it was a great experience to have been apart of.

Lauren Mccall, Los Angeles native stated “I was a bit skeptical coming, because it comes with a lot of hype, because it’s Ye’ but I realized it is not about the messenger it is always about the message.”

Some fans had come to the realization that West is only human and makes mistakes, while other fans are intrigued by his talent and triggered personality, they really want to know what is he up to next.

While, it didn’t take him long to have fans or foe’s wondering.

One thing is for sure; West is in some sort a musical genius. He ended his service with one of his biggest tracks “Jesus Walks” as the crowd chants, “show me the way because the devil is trying to break me down.”

Another attendee, Courtney Clarke, a Carson resident, was walking out dancing, who was raised in the Christian church, was absent from her own church to attend West service, and stated “I didn’t see much of an influence of the church in the service, but I did see a lot of believers and sometimes that’s all it takes.”

Pre-sale tickets for West Sunday Service are currently available for those who purchase the album or merchandise through shop.kanyewest.com.