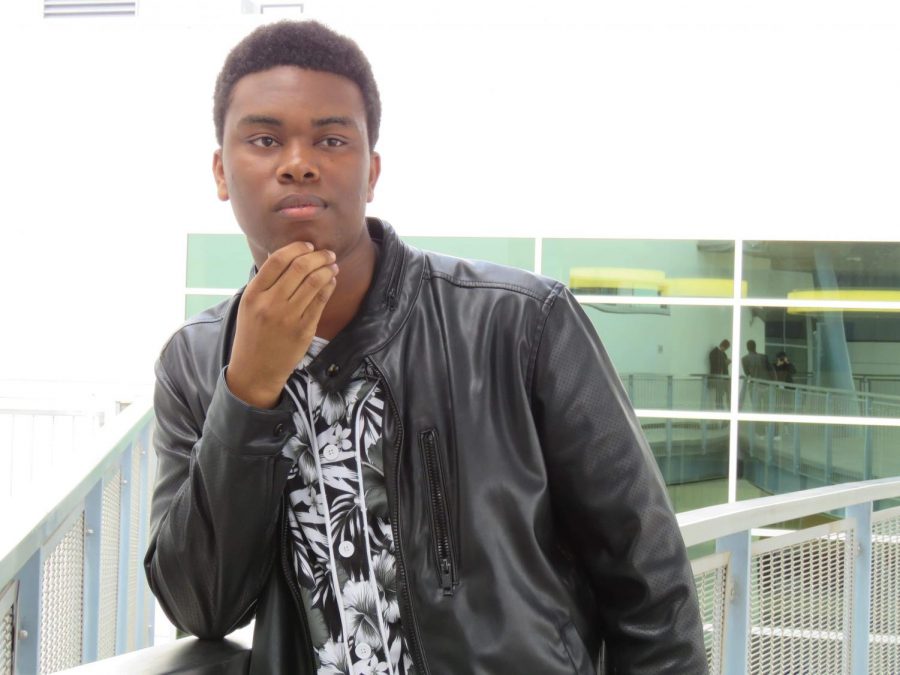 Botany major, Justin Farlough published his work on the storytelling and reading app, Wattpa. It was completed by October 2018.

It has been said that becoming a writer is a special vocation and it’s definitely the case for Cerritos College student, Justin Farlough.

Farlough, botany major, is the author of “The Forsaken Son,” published on the storytelling and reading app, Wattpad.

Some of the motives on writing “The Forsaken Son” is based on Farlough’s creative imagination and past experiences when he lived in a gang-ridden, violent area in the city of Corona.

Farlough had memories from an early age that he had artistic aspirations.

“I’ve had an artistic mind since I was a kid, [growing up] I remember that I would make stories out of anything that was just around from staring at weird shapes on the ceilings since I was three years old and going into middle school on making up random stories in my head about random characters that I would create,” he recalls.

“As time went on, these stories got more realistic and a little darker,” Farlough explained.

At first, Farlough did not have the confidence on writing his stories down on paper, due to his insecurity if his creative writing was not good enough.

“These stories were always in my mind, but I’ve never put them down on paper because I was always afraid that they will never come out well,” he confessed.

It wasn’t until Farlough’s girlfriend, mother and mentor encouraged him to write down his stories on print in which he wrote the first two chapters.

Farlough credits his girlfriend on helping him on spell checking and to finish his first story.

“‘The Forsaken Son’ is a story of adolescence and it is realistic fiction,” he described the genre and theme.

“The Forsaken Son” tells the story of the life experiences and challenges of its main protagonist, Oscar, 17-year-old teenager living in Oakland, CA.

Farlough chose the city of Oakland as the setting of his story due to many social and historical reasons that the city is known.

“I chose Oakland because it’s one of the places that I always wanted to visit and mainly because this is where the Black Panther Party was formed.”

“I always remember that [Oakland] has a hard-society area,” he explained.

Although Farlough has never lived in cities such as Oakland and Compton, he grew up in the city of Corona.

His experiences on growing up in a tough and violent environment was the main inspiration on writing the story.

“The Forsaken Son” deals with many topics that are relevant in today’s society such as racism, sexual abuse, gun violence, mental illness and dysfunction in families.

“Rape is one topic that is common around the world no matter where you go and most people will try to ignore it but then it will always show up,” he said.

As a young adult living through the #MeToo era, Farlough comments, “I think it’s about time it happened, the fact that I saw it happened [the Harvey Weinstein scandal] a lot in Hollywood, it wasn’t a shock to me, it’s Hollywood, people been doing this for years.”

“It was not a shock for me,” he said addressing the sexual abuse allegation towards film producer, Harvey Weinstein that shocked the nation back in 2017.

Farlough admitted that he was shocked when he heard about the Catholic Church sexual abuse cases.

The topic of mental illness is what Farlough addressed in the story since he also admitted to have attempted suicide once while in middle school.

“No one knew about it, I just kept kept it to myself,” he admitted.

As time went on, Farlough knew that this topic must be seriously addressed after he learned that many of his friends dealt with similar issues as well.

Farlough hopes that his book gives out a message and a conversation to everyone, especially young people.

Farlough plans to publish the story into a hard-copy book soon but in the meanwhile the story is constantly updated and available on the Wattpad reading app.

“I want people to look at Oscar and his story and even though it’s technically fiction [plot of the story], I want the readers see the social issues and adversity that these people [characters] and can still overcome these hardships,” he said.