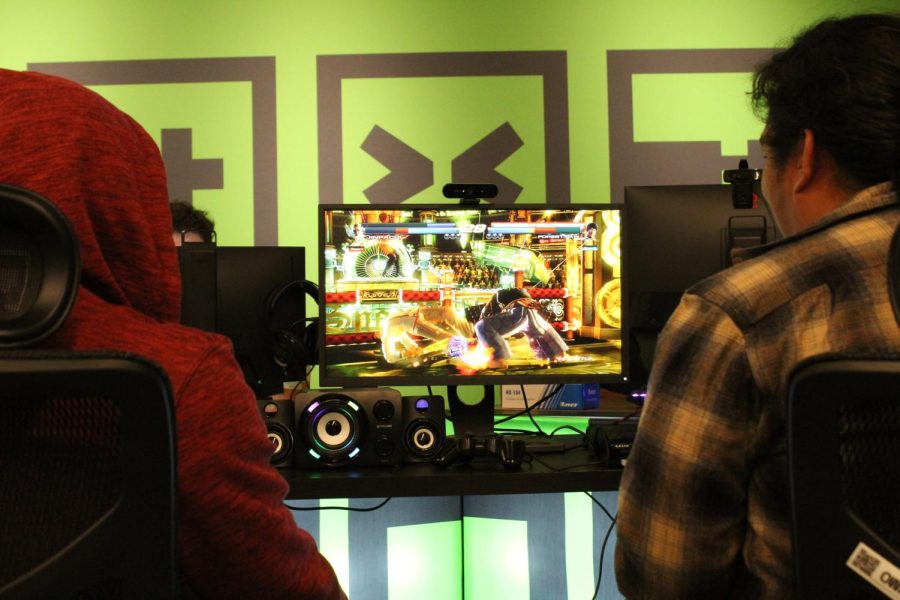 Players compete against each other for everyone to watch, all while being streamed live on Twitch.

Tekken is a Japanese fighting game that made its first appearance over 25 years ago to audiences. As one of the first 3D fighting games, it has paved the way for matches and competitions.

Sumabat and a few others from the FGC, or fighting game community, have taken part in bringing together members of the Tekken community to host competitive tournaments.

The latest event was held on April 17, where they brought together communities and players from the games Tekken Tag Tournament 2 along with Tekken 7.

Anyone who is interested in competing in the local Tekken tournaments is welcome to the events. From the west of Oceanside to the east of Riverside, people come from different cities and areas of Southern California.

With inspiration from Dropkick Mondays, a weekly community event that focused on fighting games, and other events, Sumabat wanted to share his experience with others that wanted a challenge.

“I kinda just learned [hosting tournaments] from people that were nearby, some of them being older Tekken players. These tournaments are really windows of opportunities for people who practice at home, practice online, to show what they can really do to the community,” Sumabat said.

It doesn’t mean that the community members can go all out with how much is put into these tournaments. Unfortunately, it comes down to the financial resources and materials that the larger events possess that pales in comparison.

“The FGC is a mostly grassroots scene,” Sumabat said. “The people that are running these scenes are not ‘bigshot’ esports heads or representatives of the game, they are just community members like myself.”

However, they have learned to put a ton of money and effort into doing what they love. The event coordinators are college students or young adults who have found a passion hosting the game that they grew up with.

The atmospheres in any tournament can vary, as the larger ones especially can be very demanding considering the large prize pools.

However, local tournaments offer an alternative as a friendly but competitive environment. Sumabat has stated the main goal of local tournaments is to foster a growing community with players of the same interest.

They require a small entry fee for a chance to showcase your skills and win the prize pool. However, the game stations later become a place where players can casually battle other competitors without anything on the line.

Eventually, Sumabat has stated that he would like to host events more frequently along FGC Sunday. To avoid the collegiate scene and graduation, the next event they are aiming to do would be held on May 29.

Updates on the latest events can be found on his twitter, @StopDuckingSUMA, and future games would be streamed publicly on his Twitch, SoCal_SUMA.