Lizard King, Jim Morrison, continues to spread his music throughout the old and young generations 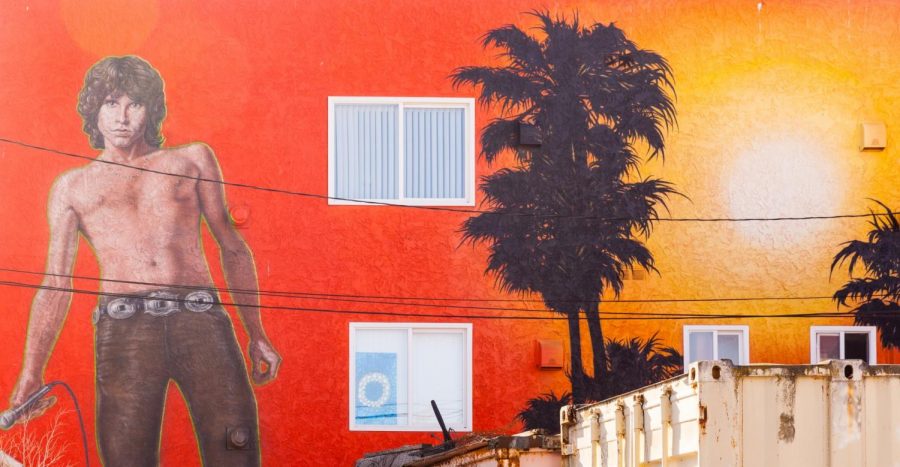 On this day, James Douglas Morrison was born to mother, Clara, and, father, George Morrison. Jim Morrison would soon be the lead singer and songwriter for the psychedelic rock band, The Doors. Photo credit: russellstreet on Flickr.com

James Douglas Morrison, a cocky and very expressive human being that continues to make every generation swoon with his deep lyrics and euphonious sound. His death was sadly cut short at the prime of his music in 1971, but his legacy continues to live on inspiring man artists to express themselves in any way they feel is right.

Born in Melbourne, Flordia, Jim was born into a traditional American family. His mother, a homemaker, and his father a naval aviator who was ranked up to rear admiral. Jim’s father, George, was skilled in piano and always had a crowd around their piano once he started to tune away. This must of been the start of Jims’ interest in writing and music at the start of his adolescent years.

If you’re a fan then you probably heard one of his famous quotes in The Doors 1970 release, ‘Peace Frog’, in which Jim sings: “Indians scattered on dawns’ highway bleeding/Ghosts crowds the young child’s fragile eggshell mind”. This actually did in fact happened when Jim was a young boy. Traveling by car through the New Mexico desert, the Morrisons had witnessed a gruesome pick-up truck crash that flung dismembered Native American bodies across the highway. Although he dramatizes the event very much throughout his career, he still remembers that disturbing incident.

As a young teen, Jim Morrison began his journey as a rebellious student who often disobeyed his father and his very conservative discipline. Once, he graduated from high school in 1961 he went to Florida State University in Tallahassee and was a rather bright student. After he finished his 1st year of college, he went on to study film at UCLA in Southern California where film was peaking at its most prominent success during the ’60s.

This is the point in Jim’s life where he begins to find his poetic and romantic side of writing and reading- finding alternate ways to twist his words into a beautiful piece of art.

In 1965 Jim met Ray Manzarek: classical pianist, Robbie Krieger: guitarist, and John Densmore: drummer, and created the now-prominent band The Doors. Jim’s charming looks and charismatic energy matched what the band was looking for. People would be thrown off guard once listening to the deep and explicit lyrics but nevertheless, people still wanted to see him and his lizard-like dancing.

Altogether, this created a powerhouse of rock ‘n’ roll music that gained popularity once The Doors took over the scene in Venice and Los Angeles. From then on, they were the hottest band producing hit after hit- Jim, obviously the center of attention of it all.

Sadly, the fame, drugs, and women got to the best of Jim and later resulting in him taking time off to focus on himself and his relationship with then off and on lover, Pam Courson.

Although Jim may not have had the best reputation throughout his time being famous and playing with The Doors, his lyrics and performance never fell short. There may be some explicit lyrics that may not be forgiving to some people, he always made time to really put effort into his own poetry and music whenever he needed a break from the fast-paced rock n roll lifestyle that he was so well-known.