‘Intimate Apparel’ the best at Cerritos 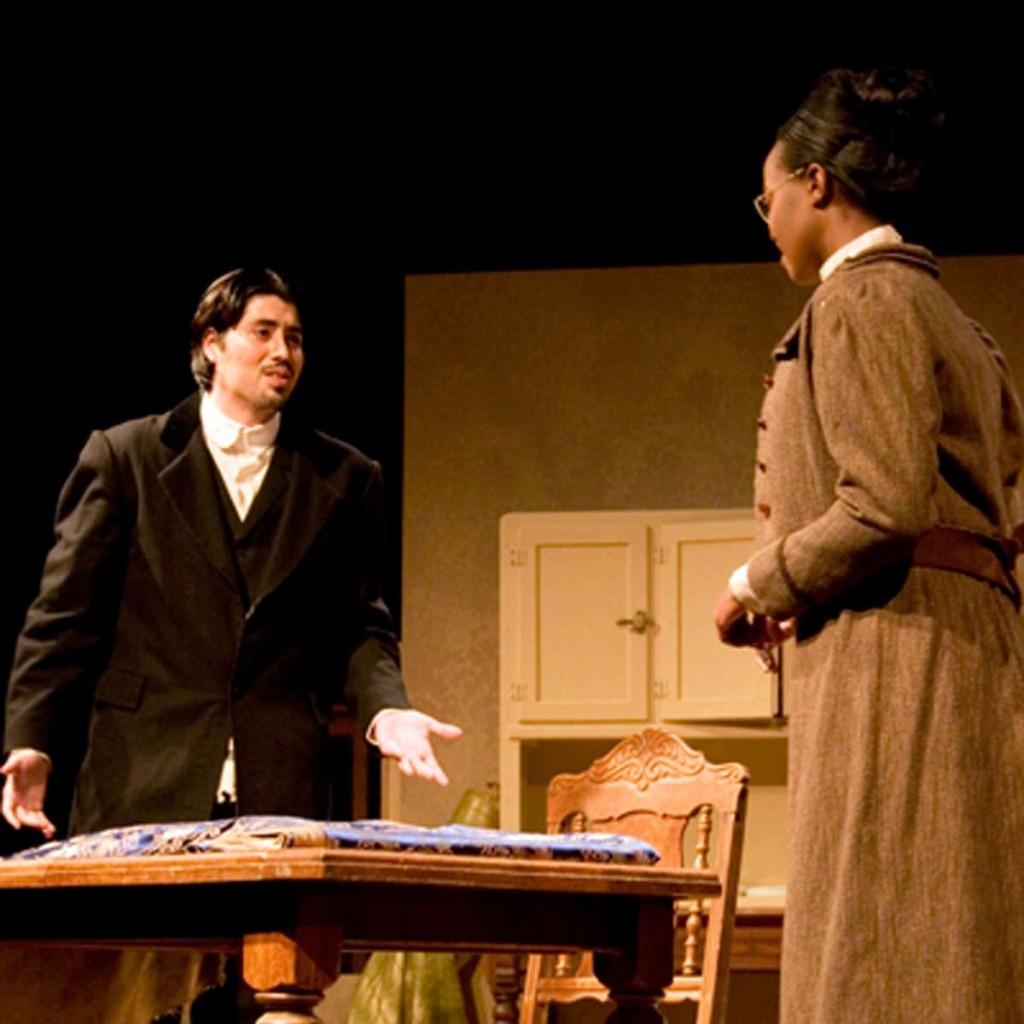 Courtesy of the Theater Department

Love is pain and pain is love.

In a play full of forbidden love, sexual pleasures and endless tears, this is hands-down the best play the Theater Department has done to date.

“Intimate Apparel” by Lynn Nottage and directed by Kevin Hoggard showcased on March 6 in the Cerritos College studio theater.

The stage itself provided a sense of intimacy with the different scenes that took us through Esther’s life.

With the dim lights and the light music playing in the background everything became realistic and gave the viewer the feeling of him being part of the play himself.

Being a single woman, Esther is desperate to find the love of her life. So when an unexpected letter comes in the mail she is ecstatic.

Being illiterate, she relies on her close friends to read and write the letters to her male correspondent.

Soon after, she is walking down the aisle with her male correspondent, George Armstrong (Donte Wince).

But soon after, she realizes the life of being a married woman isn’t was she longed for and dreamed of.

It’s then when the man she thought that loved her shatters her heart into pieces.

He breaks down her self esteem, bringing her down, destroys her dreams and leaves her penniless.Every actor in this play gave it his all, delivering perfect lines and stayed in character.

My heart went to Esther when she realized that George was a two-face and was playing her behind her back.

I wanted her to hurt him as much as he hurt her. I wanted him to feel the pain and deceit he was causing her.

If I wanted to jump out of my seat and punch George in the face, then this play is definitely worth watching.

The different scenes were something different than what I have seen done here at plays at Cerritos.

I was impressed at the great detail the scenes had and the detail the costumes had.

I knew right when I sat down, this was going to be an unforgettable one, and it was.

Thank you to all the actors and actresses that worked long and hard hours to deliver an outstanding performance.

This is simply one of the best plays I’ve seen so far. If I could give it ten stars, I would.