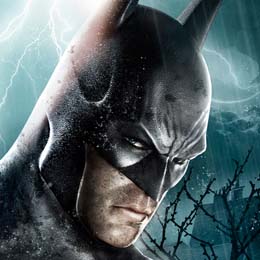 The superhero Batman was seen on shelves August 25 for Xbox 360 and PS3. On Sept. 15, Batman will also be available to play on the PC.

The game is said to be one of the very best comic book superhero titles ever made.

Batman’s life one night in the Arkham Asylum is the plot of the game.

The superhero submits the Joker into the asylum once more, yet this time he takes over Arkham, making Bruce Wayne preform more work for Arkham City.

The game holds many of the old villains: Riddler, Scarecrow and Poison Ivy among others in your attempt to stop the Joker. You will even have to fight the inmates.

Fighting with Batman is rather amusing, but the game offers different combos in which you can put an enemy down.

Although the combos need to be timed correctly, and certain enemies have certain ways they need to be attacked first.

Playing as Batman will need strategy, making sure you have different combos for certain thugs or inmates that you will encounter throughout the asylum.

Enemies will signal when they are going to attack, which makes it easier to fight multiple enemies at a time without getting hurt.

The game requires stealth, which is extremely fun, yet intense. So that could add on to strategies that you will use throughout the game.

The setting of the game is wonderfully made. It is dark, sinister, what else would you expect of an asylum?

You are able to upgrade Batman’s abilities through gaining experience points by fighting enemies and solving various puzzles. A player will be able to upgrade health, gain more complicated attacks and add ons to weapons.

There are less collections of items you may have, which helps in constantly switching what gadget you want to use during gameplay. There are batarangs, bat-hook, and explosives, they each have multiple uses to them.

There are some problems, the camera is too close to Batman when you play, which happens to be annoying. Then the Joker is also showing uncharacteristic traits from his reputation as a insanely ingenious villain.

The view in gameplay is as said, dark, which makes opponents from afar hard to spot, so you will need to use the detective mode.

The mode makes everything on your screen blue, and will outline villains easily. It is useful, but it becomes aggravating playing much of the game being blue.

Other than a few problems in the game it is a must-have for your all-time favorite games.