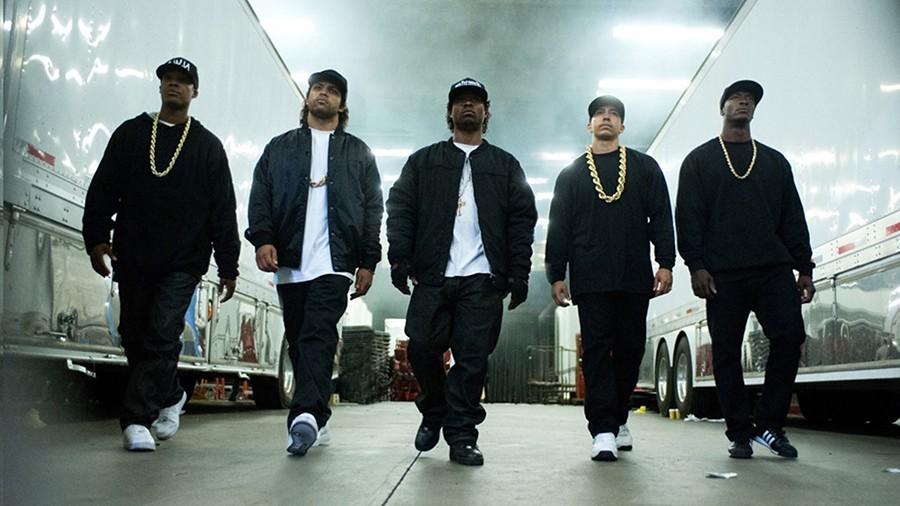 The old west coast hip-hop group NWA got a movie after 27 years of their first album released which is considered a classic due to its raw violent lyrics and the depiction of the reality that is Compton, California.

The movie did a great job portraying not only the story of NWA, but its characters as well. When the characters are big-name artists like Dr. Dre, Eazy E and Ice Cube, getting the right cast to play these characters on screen is not easy, but somehow the movie pulled it off making you feel like these are the actual people from the time.

There were times in the movie where I found myself saying, “Wow that’s Ice Cube, that really is Ice Cube with his jerry curls and crazy lyrics he spews out into the mic!”

Straight Outta Compton was also greatly reconstructed how certain songs like “Fuck Tha Police” and “Boyz n the Hood” came about and what motivated them to write these songs.

Not only that, but several big name hip-hop artists made cameos like Snoop Dogg.

The different cameos help give a sense of nostalgia because it brings you back to an era of hip-hop that not only had a lot of violence but also a lot of great and classic songs that people still listen to today.

One theme that is prominent throughout the movie is police brutality. This is significant because NWA wrote a lot of songs about how police treated them just because they are from Compton or because of their skin color.

Police brutality has been a big issue over the past couple of years with the murder of Trayvon Martin and the Charleston shooting that took place in South Carolina. So this movie just helped shed more light into an issue that has been happening even before NWA.

There was one problem with the movie and that was the pacing. Since this movie had to capture something in the ball park of 10+ years of history and squeeze it all into a two hour movie, some things needed to be cut out and other things needed to be rushed.

Like how quickly the beef between Ice Cube and Eazy E happened and ended. Other than this problem the movie was spot on and was great.

This movie is a must watch for any hip-hop or music fan or if you just want to go see a really good movie that is interesting, has great music and catches you in the feels here and there.