Ariana Grande shows her vulnerable yet savage side with new album “thank u, next” 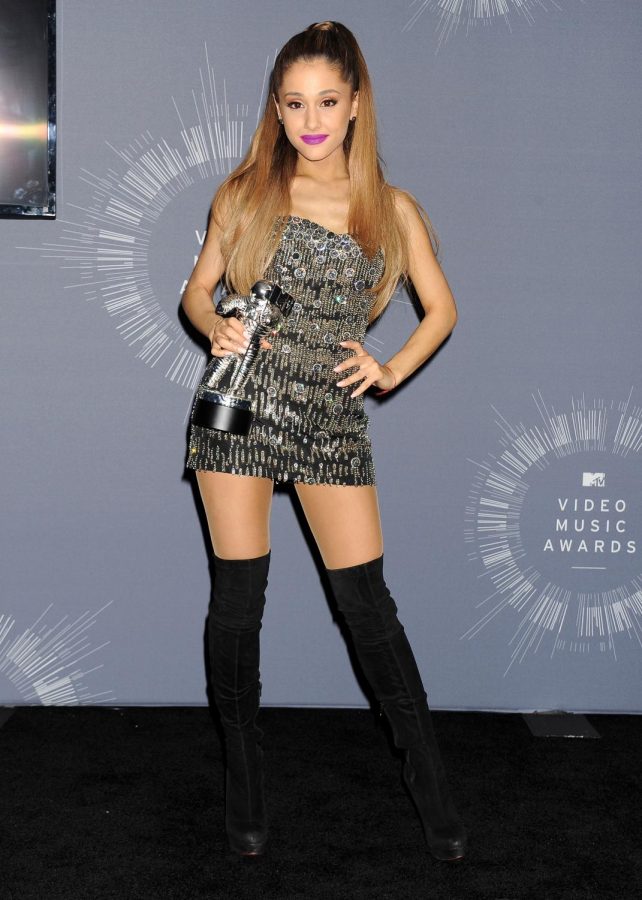 Less than six months after Ariana Grande dropped her Grammy winning album “Sweetener,” she came back as her most authentic and savage self on Feb. 8 with another non-skippable album full of pure and raw emotion, “thank u, next.”

While “Sweetener” highlights Grande’s process of picking herself back up after a rough year, the 12-track LP, “thank u, next” shows the dark and honest sides of relationships and self-discovery.

Following the recent turmoil that Grande had to endure after dealing with a broken-off engagement and unexpected death of her ex-boyfriend and long-time friend, Mac Miller, Grande shows her vulnerable side in “thank u, next.”

Grande knows how to turn her rainy days into rainbows with her two back-to-back No. 1 singles “7 rings” and “thank u, next.”

Along with the release of the album at midnight, Grande released another music video for her last and most eye-catching single on the album “break up with your girlfriend, i’m bored”.

She referred to this song as a “punchline” of her latest work, showing that music doesn’t always have to be taken so literally, but light-heartedly.

The song, which samples ‘N Sync’s “It Makes Me Ill”, centers around Riverdale’s Charles Melton and Instagram model Ariel Yasmine who resembles Ariana down to the infamous ponytail and oversized sweaters.

The lyrics and music video has sparked controversy for queer-baiting and homewrecking a relationship, but most viewers missed the whole message of the video.

Viewing it in a different perspective, “BUWYGIB” can be perceived as a self-love video.

The girlfriend in the video is Ariana, hence the similarities between Ariana and Ariel. She wants her boyfriend to break up with her so she can focus on herself instead, explaining why she kissed her look-a-like at the end of the video.

This pop and R&B-influenced project weaves through a handful of emotions on breakups, makeups and sex with no strings attached.

The album opens up with her third single “imagine,” refers to a fantasy type of love, the love that never ends.

Grande describes this song in a tweet as a “simple beautiful love that is now (and forever) unattainable.”

One of the most highly-anticipated and teased songs from the album “needy,” shows Grande self-reflecting her flaws within her relationships but learning to love and accept them.

“I’m obsessive and I love too hard, good at overthinking with my heart,” she softly sings over a soft melody, “You can go ahead and call me selfish, but after all this damage, I can’t help it.”

Grande takes her pain and hardships and manifests it into a beautiful, yet relatable way that fans resonate with.

Alluding to her love for space, Grande uses the track “NASA” as a means to contradict the “needy” side of her personality, a common trait we can all agree that we share.

“Baby you know time apart is beneficial, It’s like I’m the universe and you’ll be N-A-S-A,” the lyrics read.

“Thank u, next” has a few upbeat bops to jam out to with friends like “bloodline” and “bad idea” with a usage of heavy instrumentals.

Both songs shows how emotionally unavailable Grande is, with lyrics from “bloodline” that tell a lover that she doesn’t want anything more than a “good time.”

In “Bad idea” Grande sings about using someone as a distraction of a past love, with no strings attached.

Grande makes listeners feel like they’re on top of the world, with no one to owe feelings or time to. An anthem for all of the people who are happily single and taking pride in it.

The song that hit home for most fans was “ghostin,” the intimate track that is held over a soft, melodramatic symphony with tons of vocal layering.

This track is presumed to be about her broken relationship with SNL comedian, Pete Davidson and her battles and suffering with losing a loved one, Mac Miller.

Grande softly sings “You’ve been so understanding, you’ve been so good, And I’m putting you through more than one ever should”/Though I wish he were here instead, Don’t want that livin’ in your head”/”He just comes to visit me when I’m dreaming every now and then”.

She uses the current slang “ghosting,” which means breaking off a relationship by ending all communication with no apparent warning or reasoning, as a way to show the trauma of Mac’s sudden passing affected her relationship at the time.

What resonated the most with fans about “ghostin” is how well Grande wrote and transmitted it to the world, to the point where we felt like we could feel the exact pain she was going through.

When asked about the song, Grande explained it’s about “feeling badly for the person you’re with because you love somebody else. Feeling badly because he can tell he can’t compare.”

In terms of love and relationships, Ariana Grande’s past projects felt like the honeymoon stage, and “thank u, next” feels like coming to terms with her flaws and mistakes and accepting them for the person it molded into the icon she is today.