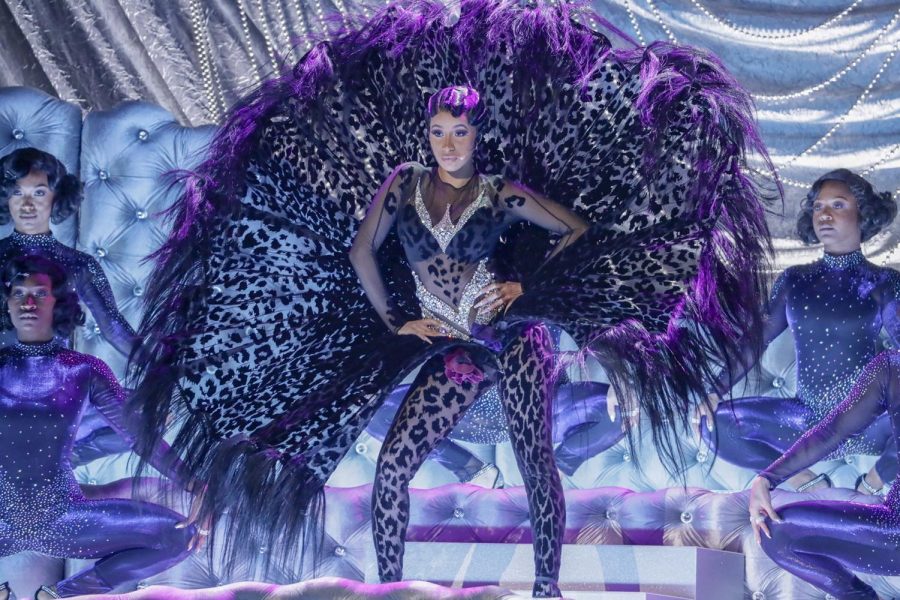 Cardi B performs during the 61st Grammy Awards at Staples Center in Los Angeles on Sunday, Feb. 10, 2019.

CBS broadcasted the 61st annual Grammy Awards on Feb. 10, which sensationally demonstrated both the celebration of cultural diversity and female empowerment, despite some minor flaws during the event.

The Grammys was mainly focused on empowering women by including the Gender-equality theme stole the show via appearances and nominations of many prominent female artists.

The Recording Academy voters selected well-deserved Grammy winners and by including new members to be nominated in all nomination categories.

It was exciting to see new Grammy winners such as Cardi B and H.E.R. receiving recognition of their work.

It is no doubt that these winners will bring more new projects in the near future.

Three of the most nostalgic performances of this year’s event were the special performances of Diana Ross, Dolly Parton and a tribute to the late Queen of Soul, Aretha Franklin.

Diana Ross celebrated her 75th birthday early by performing a medley of her Motown hits such as “The Best Years of My Life” and “Reach Out And Touch (Somebody’s Hand).”

Dolly Parton was honored by performing some of her well-known songs such as “Jolene” and “9 to 5” alongside her goddaughter Miley Cyrus, Little Big Town, Maren Morris and Katy Perry.

The Queen of Soul was honored with a tribute performance by Fantasia, Yolanda Adams and Andra Day who delivered a powerful performance of Franklin’s 1968 song, “(You Make Me Feel Like) A Natural Woman.”

Among other specular performances of the night were Lady Gaga’s performance of the 2018 hit song “Shallow” from her debut film “A Star Is Born,” Camila Cabello’s hit “Havana” alongside Ricky Martin, J.Balvin, Young Thug and Cardi B’s hit “Money.”

The host of the night, Alicia Keys, also delivered a special performance with her hit classics such as “Empire State of Mind” and the 15-time Grammy winner debuted her first new song in years, “Raise a Man.”

The only few downfalls of this year’s Grammys was the lack of performers for the Motown’s 60th Anniversary tribute which was performed by Jennifer Lopez, Ne-Yo and Motown veteran, Smokey Robinson.

The tribute could have featured more lead performers of Motown veterans such Diana Ross, Stevie Wonder and Martha Reeves.

Despite of the lack of performers for a tribute to a historically black music label, Jennifer Lopez had a splendid performance with much respect and enthusiasm.

Another downfall was the lack of visibility of high-profile artist such as Taylor Swift, Beyonce, Jay-Z, Kanye West and others.

The Grammy Awards is “music’s biggest night” and it should celebrate all artists.

Despite these two downfalls, this year’s Grammys improved in comparison to last year’s event, which lacked gender inclusivity and cultural diversity.