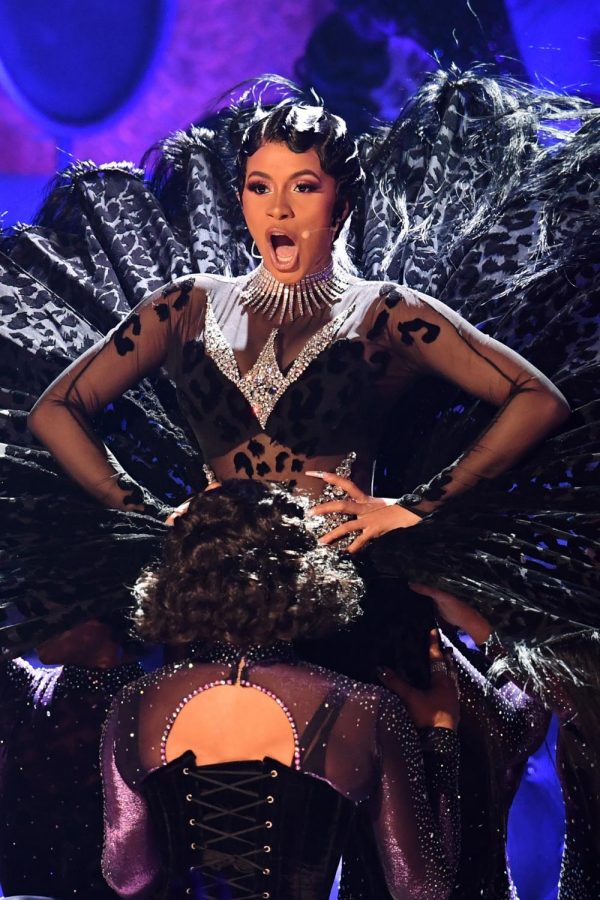 Bodak Yellow rapper, Cardi B, recently released another well done ap style?collaboration with soulful singer Bruno Mars on Feb. 15 which has led many, including myself, to stand on our feet and dance.

Already with the success of her album, “Invasion of Privacy” and her new hit “Money,” it hasn’t stopped Cardi to further do collaborations with new and familiar artists.

This includes Mars with their new single ”Please Me.”

When the remix of the 80’s themed song ”Finesse” first came out, it left everyone ecstatic for the video who’s homage to ‘Living Color’ repaid a great amount of attention and love for.

‘Please Me’ had a similar effect and has many excitedly waiting.

With Mars’ R&B and funky sound, the song definitely feels like it shares a similar mood to his hit ”Versace” as it has a mid-tempo retro groove to it.

It has a catchy melody while at the same time it’s also smooth with its sexual intent of captivating women. It has come to terms of being a new ”Bump n’ Grind” anthem.

From the creative beat and lyricism, it was obvious that Mars co-produced with his usual crew, the Stereotypes, who’ve worked on various hits on his ’24K Magic’ album.

The significant chorus which includes the title, is an ode to an intimate one-on-one with a lover who share a deep heated connection.

The song is at the midst of being placed between a baby-making slow burner and an upbeat radio jam.

Although Cardi’s verse might go a little on the contrary side with it’s explicit language, that’s what makes the song so unique and defines how real she is.

She sings “Lollipoppin, twerking in some J’s. On the danced floor no panties in the way. I take my time with it, bring you close to me.”

It should come as no surprise that it’s full of sex appeal. Cardi basically has Mars begging and pleading for the game she is about to bring down on him.

In the pre-chorus, Cardi inserts that, “I’m gonna ride it, do it just how you like it tonight and after that. Let’s do it one more time.”

However, going back to Mars, his part in the song really showcased a 90s feel to it that may be similar to the R&B music of legends D’Angelo and Ginuwine. This just sets Cardi’s verse in the song quite well.

Boasting her carnal skills on each verse, while Mars plays the pleading paramour, making his case for the object of his affection to “please me baby, tease me baby,” exemplifies how the song has all the makings of a certified hit.

In other words, Cardi successful streak is far from ending but rather it’s likely just begun.