Come find yourself, with ‘Us’ 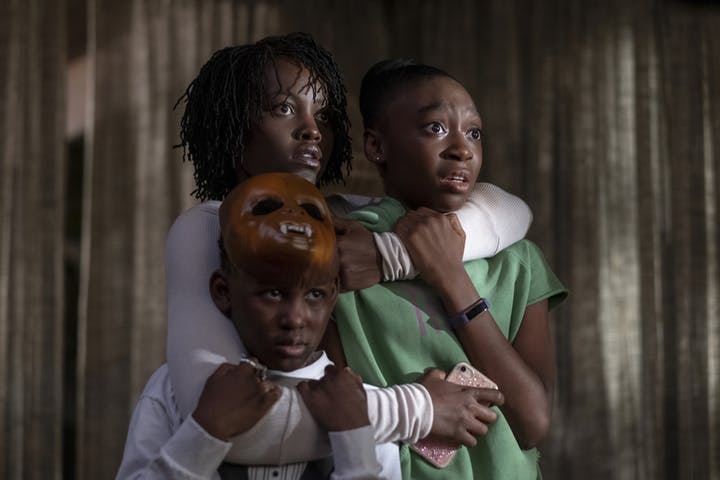 With the release of psychological thriller “Us,” Jordan Peele solidifies himself as the undisputed new “master of suspense.”

Peele unleashes his inner Hitchcock with this instant classic by immersing the audience in the picture with intense camera work, eclectic scoring and opportunistic editing.

“Us” is about a modern black family on vacation, who encounter a group of terrorizing doppelgängers on their driveway.

If people think this is a typical suspense/thriller, they’re going to be sadly mistaken. As we experienced in Peele’s first feature “Get Out,” there are various underlying motifs that require one to conjure up their own theories about what is happening in the plot.

Peele does a fantastic job of showing his viewers the “sunken places” in our lives; in “Us” this is evident as well. He also provokes the thoughts of duality, class, and privilege vs. underprivileged.

Don’t forget to look for those easter eggs.

Although cliches are typical and hard to avoid in the suspense and horror genres, Peele is able to maneuver around a lot of that by adhering to his comedy background and attempting new and original techniques.

This is a mind-bending adventure that will not only have the audience at the edge of their seat, but also pressed deeply into the back of their cushion from sheer creepiness.

These seemingly omnipresent look-a-likes are as relentless as Michael Myers, and posses a very “Body Snatcher-esque” motives for their tirade.

Lupita Nyong’o shows incredible range as she taps into her characters Adelaide Wilson, and her frighteningly creepy doppelgänger, Red.

Nyong’o as Red, steals every frame with her voice and a series mannerisms that will have you watching through your fingers; a new iconic horror character.

One thing that can be said about this film is that it isn’t something that will have people jumping in the theater sending half their bucket of popcorn into the air. What it will do is make them anxious in very real and intense ways, while leaving them to wonder what it all means underneath the surface.

Peele’s second effort has a Rotten Tomatoes rating of 95%, with an audience rating of 70%. This is slightly lower than 2017’s “Get Out.”

If you’re looking for an original plot that turns the suspense genre on its head, Us is that picture. Expect to see “Us,” come Oscar season.

A film lover could only be excited for what he could possibly come up with next.