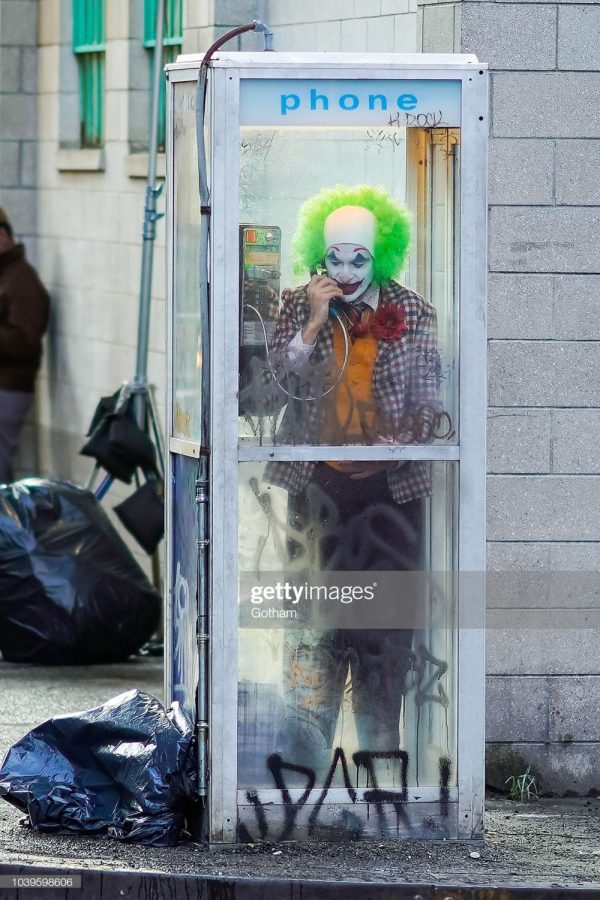 Over the years, many actors have taken on the role of the Joker and few have managed to live up to the character, with Heath Ledger and Jack Nicholson giving the characters best performance, and Jared Leto giving out the worst version of the Joker that has ever been.

Thankfully, Joaquin Phoenix’s version manages to bring out a stellar performance in this emotional roller coaster of a film.

“Joker” released on Oct. 4 and is a psychological thriller and drama based on the DC Comics character.

The film really shows that it doesn’t shy away from portrayals of mental illness and shows how people that have problems with mental health can behave and act very differently when being treated very poorly.

Taking place in 1981 Gotham City, the film follows Arthur Fleck, a clown-for-hire who one day wants to become a stand-up comedian.

His life isn’t perfect, from having a mental illness of uncontrollable laughter, living in the lower class of society with his mother, as the city faces low employment, financial troubles and crime.

Later on, Fleck loses his job because of a misunderstanding, having to take the subway back home but not before getting bullied and beaten by three drunk businessmen from WayneTech, which was the start of these protests attacking the wealth, treating them like they’re the criminals.

Realizing that he had had enough, he shoots and kills all three of them and the audience sees Fleck slowly head down the path of a criminally insane person. He later found out he was adopted and that his adopted mothers boyfriend is one of the main reasons behind his trauma.

From then on, he has lost all of the humanity that he had in him and at this point has a mind of an insane killer after society treated him poorly, even killing Franklin Murray, a talk show host that humiliated Fleck on TV.

The beginning of the film really shows how poorly Fleck has been treated and that the only people keeping him in a normal state of sanity are his mother and Franklin Murray.

However, when those very things betray him or make him lose his trust in them, then we see a completely different Fleck.

One that doesn’t care about mercy, because society didn’t give him the chance.

Phoenix really nails it with his role as Fleck and the Joker, showing just how much effort that he puts into his roles. This is a different take on Joker that nobody has seen, it really shows how the director knows his knowledge of the character and how far he can go the distance with him.

While the film does pull some plot from “Batman: The Killing Joke,” it doesn’t follow any comic book storyline. This is an original story and that’s a good thing.

Directors shouldn’t always try to do the same story from the comics, audiences want movies to be different.

It plays with the fact that the audience is rooting for the villain.

It may seem bad at first, but when the audience see the kinds of people that he has to put up with, the snobby businessmen, corrupted people and asshole teens in Gotham, then people would get why Fleck would have those thoughts.

The music and atmosphere of the film is amazing, It makes people feel immersed and bring out key scenes and is another factor in the transformation of Joker.

This is by far one of the best films that DC and Warner Bros have been made for a comic book character and a great psychological film to date.

Overall, this incredible film mix that in with spectacular actors and actresses and beautifully done music makes this film a candidate to win an Oscar.

Go see this film as soon as possible, as audiences won’t be disappointed with it at all.