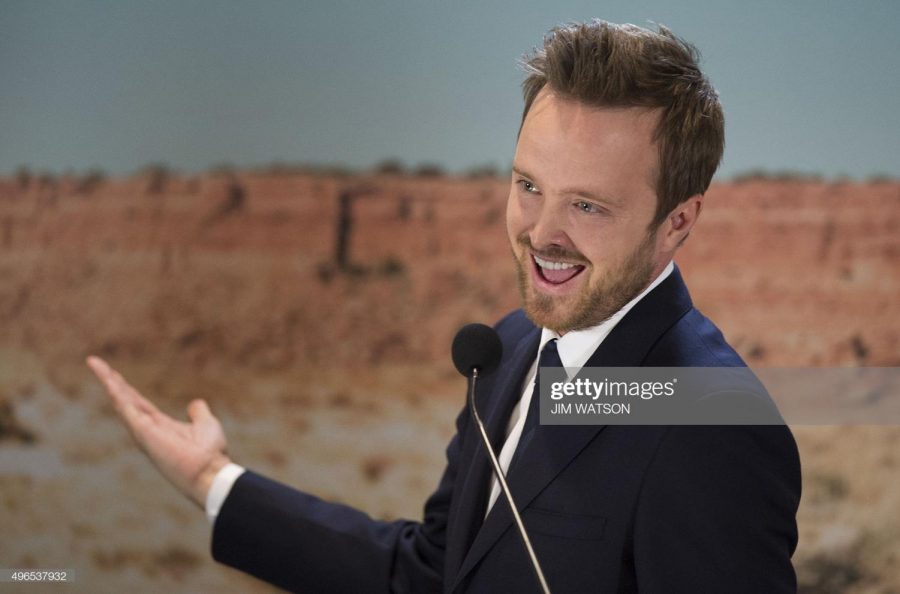 US actor Aaron Paul, who played the character Jesse Pinkman in the AMC series "Breaking Bad", speaks at the National Museum of American History in Washington, DC, November 10, 2015, during memorabilia donation ceremony

The Netflix event fans were waiting forever since the AMC series ended six years ago, “El Camino: A Breaking Bad Movie” is not just an addition to the series but a continuation of Jesse Pinkman’s journey, and it was beautifully done.

“El Camino” was released on Oct. 11 on the streaming service Netflix and a theatrical run in select theaters in 68 cities from Oct. 11-13.

It will later air on AMC, the original home of “Breaking Bad” and spin-off “Better Call Saul,” in early 2020 according to TV Guide.

“El Camino” follows Pinkman’s journey running from his captors, the law and his past. He must overcome physical and emotional demons in order for him to forge some kind of future.

Fans have long anticipated a sequel to “Breaking Bad” since its finale back in September 2013, wondering what happened to Pinkman after his escape from captivity.

So it was a surprise to find out that Netflix had kept quiet about “El Camino” throughout its production process; even having a key cast member fly out to Albuquerque on a private jet to avoid being seen. The film would premiere less than a year and this left fans excited to see what is to come for Pinkman’s future.

Another thing to appreciate the film is the cinematography.

Vince Gilligan, the creator of “Breaking Bad,” is back writing and directing the film, shot beautifully from the deserts of Albuquerque to his intense close ups as Pinkman manages to avoid trouble.

Knowing that the film is in good hands, fans know that this isn’t just a typical cash grab movie. It’s much more than that.

It’s about giving an amazing show, that has really changed TV history and gained so much praise from everyone, a chance to give a beloved character an ending he deserves.

Aaron Paul’s acting is captivating and emotional as fans get to witness his character go through painful traumas from his captivity by the wicked Todd and his gang, running away from the law, and basically coming to terms to his life of crime ever since he (in his own words) hooked up with the great Heisenberg.

Pinkman went from a silly, low-level drug dealer into a broken man.

The question is how does he move on from such a crazy criminal life? Fans would have to watch the film to find out!