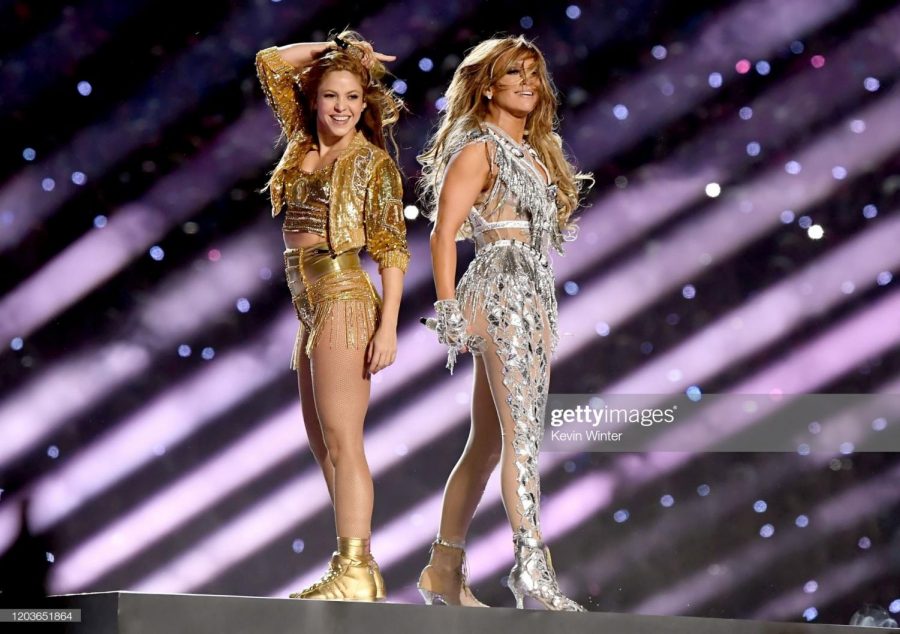 This years Super Bowl 54th Halftime show presented by Pepsi featured not just Jennifer Lopez but Shakira as well, putting on some of their most popular songs and included a tribute to Kobe Bryant in their performance.

With last years singers being Maroon 5 and Travis Scott, the show was terrible, mainly the Travis Scott segment. Maroon 5 did better than him but it wasn’t saying much over the entire show.

So does their performance shine this year in comparison to the previous years’ performers?, Well, yes and no.

To start off the music choices were good as it included songs that most people are familiar with like “Waka Waka”, “She Wolf”, “Hips Don’t Lie” and “Chantaje,” for Shakira’s song choices.

Jennifer Lopez’s song choices included “Love Don’t Cost a Thing”, “Mi Gente”, “Jenny From the Block.” Her daughter, Emme, got in on the fun and sang “Let’s Get Loud” along with her mother as she strode the stage with a huge Puerto Rican flag on her shoulders.

The costume designs looked good. They caught a few eyes on how revealing their clothing styles were. Not that they were bad, but the halftime show is also viewed by kids who watch football, so having them around when the show started wasn’t a good idea.

They did a Kobe tribute with fireworks shooting into the sky, exploding into the two colors gold and purple, which are the colors of the Lakers. It was a small but heartwarming tribute as this was the first Super Bowl without Kobe Bryant. He never got the chance to see the Big Game.

The pacing of the show was well-put. It didn’t go too fast nor did it go too slow. It was the perfect amount of time though, as halftime shows usually last up to 20-30 minutes tops.

However, the enjoyment of this halftime show boggles down to if the person is a fan of these two singers or not. As someone who’s not into modern music, it can be normal that you would only know a few of their songs with the rest not being in the radar as much.

That said, it was a pretty well-done performance even if someone is not a fan of these songs or these performers. It’s good to broaden your music choices and listen to them.

I rate the show 3.5/5 stars – Better than last year’s performance but lack of knowledge of the songs and singers makes the show boring for some.