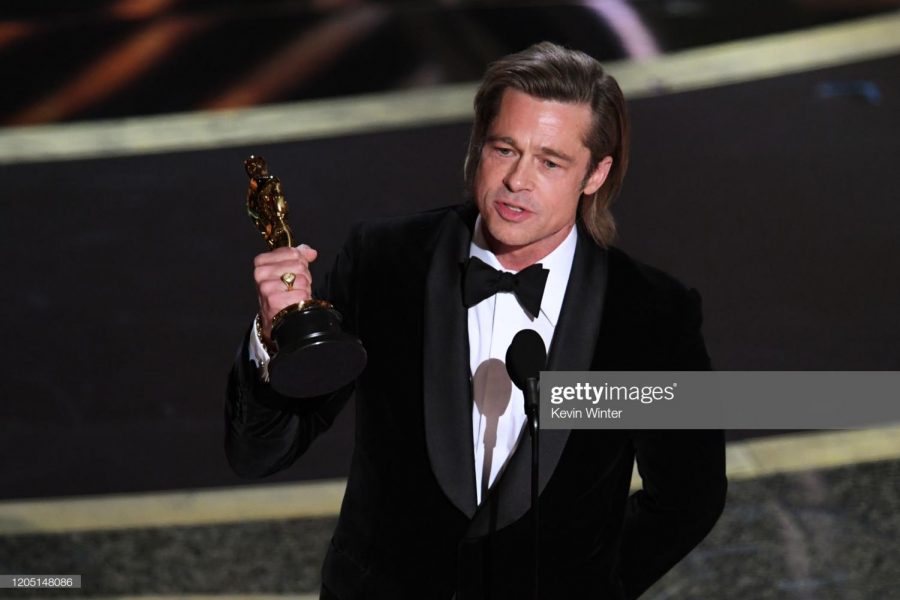 HOLLYWOOD, CALIFORNIA - FEBRUARY 09: Brad Pitt accepts the Actor in a Supporting Role award for 'Once Upon a Time...in Hollywood' onstage during the 92nd Annual Academy Awards at Dolby Theatre on February 09, 2020 in Hollywood, California.

The Oscars was a well-done show with many nominations taking home the award.

“Parasite” made history at this years Oscars by winning four awards, including Best Picture, which makes it the first foreign/international film to win in this category. The film also won best international/foreign film.

In Best Original Screenplay, the Oscar went to Bong Joon-ho for his film “Parasite.” This is also the first South Korean film to win an Oscar in this category and many others, including Bong Joon-ho for Best Director.

The film’s four winning awards tied the Oscars record that was previously held by Walt Disney almost 67 years ago.

The Oscar for Best Animated Film went to “Toy Story 4,” making it Disney’s first of four awards. The movie was also nominated for Best Song with Randy Newman’s “I Can’t Let You Throw Yourself Away” but was beaten by “I’m Gonna Love Me Again” performed by Elton John.

For Best Animated Short Film, “Hair Love” took the win. The film was made by Mathew B. Cherry and Karen Rupert Toliver with the support of Sony Pictures Animation.

For Best Adapted Screenplay, the winner was Taika Watiti for his film “JoJo Rabbit,” based on the book ‘Caging Skies’ by Christine Leunens.

For Best Achievement in Sound Mixing, the award went to “1917.” The film also won for Best Visual Effects and its cinematographer, Roger Deakins, won the award for Best Cinematographer.

The Oscar for Best Original Score went to Hildur Guðnadóttir for her work on “Joker.”

The Oscars conductor, Eímear Noone, conducted the songs for this category. She previously composed the Zelda Symphony of The Goddess tour.

She is also the first woman to conduct at the Oscars.

The winner for Best Supporting Actor is Brad Pitt for his role in the film “Once Upon A Time In Hollywood.” He also managed to slam the Republicans and the Trump impeachment as a whole with many people on social media not liking that.

The award for Best Supporting Actress went to Laura Dern for her performance in “Marriage Story.”

For Best Actor, the award went to Joaquin Phoenix for his outstanding role as Arthur Fleck/Joker. This will be Phoenix’s first Oscar that he has gotten, as he has not won an Academy Award until now.

For best actress, Renee Zellweger, won for her portrayal as Judy Garland in the film “Judy.”

The performance that surprised many was “Lose Yourself” by Eminem. Every celebrity bopped their head and sung, as this song won an Oscar 17 years ago.

Performer Janelle Monae opened the awards ceremony with a nod to Mr. Rogers, singing “Won’t You Be My Neighbor,” wearing the red jacket that Rogers normally wears.

“Into the Unknown” from “Frozen 2” was performed by Idina Menzel along with all the other actresses who voiced Elsa in different languages.

Chrissy Metz sung “I’m Standing With You” from the film “Breakthrough.”

Randy Newman came on stage to perform “I Can’t Let You Throw Yourself Away” from Toy Story 4.

Billie Eilish preformed during the memoriam showing all of the celebrities and important people in the film industry that passed away, one of those people being Kobe Bryant.

Cynthia Erivo then came to the Oscars to perform “Stand Up” from Harriet.