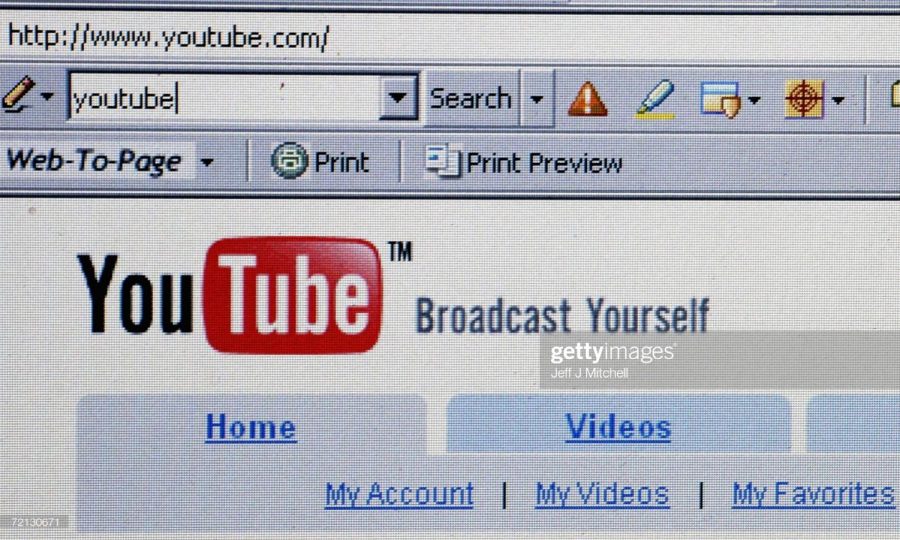 UNSPECIFIED - OCTOBER 10: In this photo illustration the YouTube website is dispayed on October 10, 2006. Google has bought YouTube, the popular online video website where users can upload and watch videos for free, for $1.65billion dollars.

When thinking of the worst possible person on the internet, in all of YouTube, look no further than ImJayStation, a YouTuber that has over 5.42 million subscribers, with the majority (if not all of his subscribers) are basically little kids.

It is clear that this man does not care about anyone or anything.

All he ever cares about is manipulating people, trying to capitalize on people’s death and trying to put the blame on others to save his career and job.

Someone like that deserves to be thrown in jail for a long time and to never make another video again.

Recently, he has been talked about for the wrong reasons.

He has been doing some pretty shady stuff just to garner views for his channel and manipulating little kids with lots of obnoxious videos that are either garbage or just plain dumb.

This wasn’t the first time that he was called out for doing something controversal, as in 2019 he did a video trying to contact Desmond Amofah, also known as Etika, who is another popular YouTuber who committed suicide in the same year.

To capitalize on Etika’s death, he made a video about him trying to contact his spirit using an Ouija board. Many people got mad at him so he took the video down but it was too late as we know what kind of man Jaystation is.

Fast forward to now, he has been making videos that are either offensive or messed-up. He has made videos about him “buying” a slave off the web or “buying” a girl off the web, one being incredibly offensive and racist and the other should be counted as human trafficking.

He doesn’t get in trouble with YouTube; instead they consider these videos “appropriate” for kids and pay him money for it.

The worst possible thing that he’s ever done, which would make him the worst person on the internet, is that he recently did a ‘prank’ on his channel where he faked his now-girlfriend, Alexia Marano’s, death by a car.

He made money off of the situation, with videos of him being sad and mourning her loss, to the next video of him being happy and using an Ouija Board to contact her spirit.

This shows that he doesn’t care about the dead and he would do whatever shady thing he can possibly think of just to get views.

What’s worse is that not only did YouTube approve these videos and make it trending positively, but it had ads sponsoring videos where he’s making fun of the deceased by trying to contact a spirit in the most dumb way possible.

SomeOrdinaryGamer, another popular YouTuber, commented on the video getting ads and views saying, “46,000 like alright it happens, but why am I looking at an ad on someone that just passed away!”

After the video got uploaded, Alexia’s family was not happy and asked for him to take down the videos. Alexia then made a video about how manipulative JayStation is to her, controlling what she would do, going through her phone and social media accounts and abusing her.

After she made the video, JayStation uploaded a video saying that it was all her fault but its too late; everyone knew that he was lying and didn’t believe him at all.

On Feb. 3, JayStation was arrested for the charge of assault and assault with a weapon. He will be appearing for Court on March 16 in Toronto.