A Look Back With Oscar: ‘Transformers Generation One’, more than meets the eye 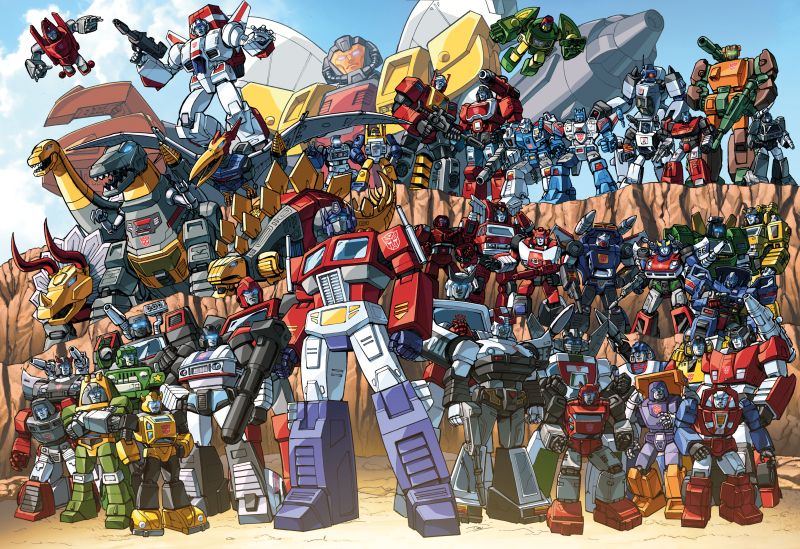 The Transformers is one of the most pop culture icons of the '80s. With its colorful cast of characters and deep lore its no secret that its still around to this day and referencing the first cartoon most of the time.

With the Transformers being around for so many years it’s no wonder why people get so nostalgic about the first cartoon series but is it still good after all these years?

For today’s A Look Back With Oscar we’ll be finding out if the Transformers Generation One cartoon is still as great as it was in the ’80s.

Before taking a look at the cartoon we’ll have to take a look at what started it all, the toys.

The Transformers were distributed from Japan under the name Takara Tomy who made the toys by Hasbro. From then on they have been distributing many transforming robot toys to becomes part of the toy line, this ranges to robots transforming into cars, jets, guns, and even giant robots.

In the story there was a planet inhabited by transforming robots called Cybertron.

For millions of years, these robots have been in war with each other with the factions being the heroic Autobots led by Optimus Prime vs the evil Decepticons led by Megatron.

With their Energon supply running low the Autobots had no choice but to leave their home in search of more energy, but before they could find a planet the Decepticons attacked their ship, and moments later their ships crash-landed on prehistoric Earth being in stasis for so many years.

Now in modern time the Autobots and Decepticons awoke in the ’80s where they continue their war dawning new vehicle forms to stay hidden with the humans.

The story is really good as It was a unique concept at the time that got younger kids hooked on with the interesting plot.

The characters are really well put as many have loved both factions of characters either loving their designs transformations and personalities.

The voice acting is by far some of the best parts of the show, even the whole series, with some memorable voice actors continuing to voice the same characters to this day. Most notably Peter Cullen as Optimus Prime and Frank Welker as Megatron.

These two have been voicing these characters for so many years that fans state that they are the characters, that no other can come close. It is understandable they were the first, so they have to be so iconic.

The animation is pretty good for ’80s standard animation, that’s how it is for most movies animation-wise. However there are some minor errors in the animation that is both flawed and funny to see.

The show spans for four seasons with the third and four ones being made after the first animated movie.

To be honest, the third and fourth season of the show was taking a downfall as many didn’t like the new change of characters with them leaving out the old ones.

To sell the new toys it is understandable but at the very least it would feel sad to see the characters people have seen for two seasons be gone or not shown a lot.

By many, the first two seasons are the best out of the four as it introduces the cast and introduces many staples of the series like the Matrix of Leadership, Vector Sigma, Combiners and the birth of Optimus Prime.

Generation One may not be perfect, there are some flaws that many would find a date, and with the last two seasons not being as memorable as the first two.

But regardless it’s still a classic that paved the way for many iterations of the franchise with some rebooted series and some continuing the continuity of the comics and Generation One.

This cartoon gets a three out of five stars It may not be good in animation but the character’s story and voice acting make it a classic for years to come.