A Look Back with Oscar: ‘Sonic CD’ from obscure to whimsical 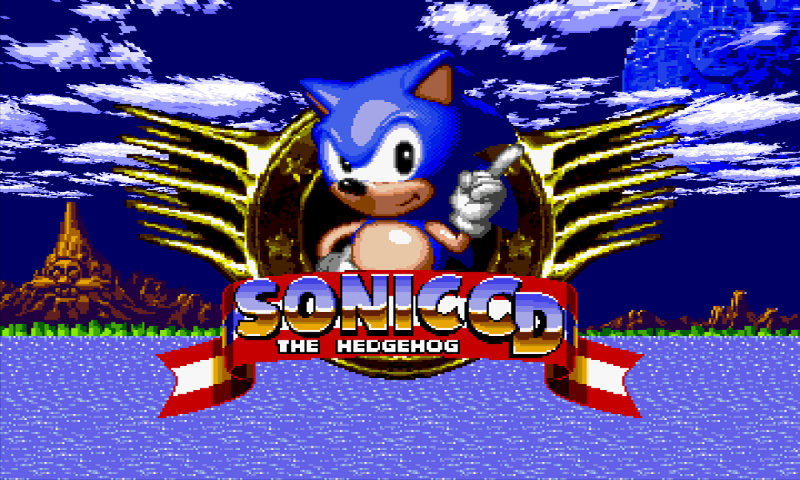 Sonic CD is one of the most obscure Sonic titles, which later would go one as one of the cult classics of the classic 2D games. An updated version made by Christian Whitehead became available in 2011. Photo credit: Courtesy of Sega

With the release of the “Sega CD,” an add-on for the Sega Genesis in Oct. of 1992, and the poor average sales of the add-on, Sega needed a game that would get people excited to own a “Sega CD.”

Thus, in 1993 Sonic The Hedgehog returned with his next mainline game “Sonic CD”.

With Sonic’s lead programmer, Yugi Naka, having left to the United States to create Sonic 2, Sega wanted to make a Sonic game for the CD add-on that would demonstrate the enhanced additions of the console.

Years later a programmer by the name Christian Whitehead created an updated version of “Sonic CD” that was released and published by Sega with Christian gaining popularity and approval to create games for Sega.

The plot of the game is considered canon as it takes place after Sonic 1 but before Sonic 2.

Sonic was running, enjoying his day, when he suddenly spots Little Planet being chained to the ground. Dr. (Eggman) Robotnik has chained the planet to his mountain in hopes to create it into his giant fortress, trapping all animals into robots.

His goal is to gain all seven-time stones, which when all seven are together can have the ability to alternate time into any image. He plans to get all stones and transform Little Planet into a metallic nightmare.

It’s up to Sonic to save Little Planet and get the time stones while also putting a stop to Robotnik and his evil army and destroying his robot counterpart Metal Sonic.

The story is great because it’s the traditional Sonic vs Robotnik story but includes some new elements that still exist in newer games.

The gameplay is great, as it’s the same as the previous games, but CD focuses more on exploration and taking different paths. It also helps that the main gimmick of “Sonic CD” is the time travel aspect.

If Sonic runs past a past, present, or future post and keeps the speed going then he’ll be able to travel to the different periods. All have different layouts that are interesting to look around.

Getting a good future in all stages would give you a good ending. Incomplete it would get a bad ending.

The music is spectacular as it includes both the US and JP soundtracks, and both sound great, fitting the ’90s vibe. The JP soundtrack is by far the best one with some classic songs that are still used in current games.

The graphics are great as each stage’s design looks vibrant and unique, as well as it’s past and future variations that give the periods unique styles.

There are some problems though. The stages in the past can be difficult when searching for the generators in the first playthrough, and getting to the different periods is challenging as you have to maintain speed going for a while.

The bosses, while they look cool, are the easiest bosses of any Sonic game, only taking four or five hits instead of the usual eight.

But regardless of these minor issues, “Sonic CD” is considered by many one of the gems of the classic era and gave us some of the best characters to appear in any Sonic game. With its great music and colorful levels, it’s a game that many have to go back and play.

This game gets a three & a half out of five stars. This game is a gem that many would go back to both in the present and the future.