A Look Back With Oscar: ‘Jojo’s Bizarre Adventure’ A weird but fun experience 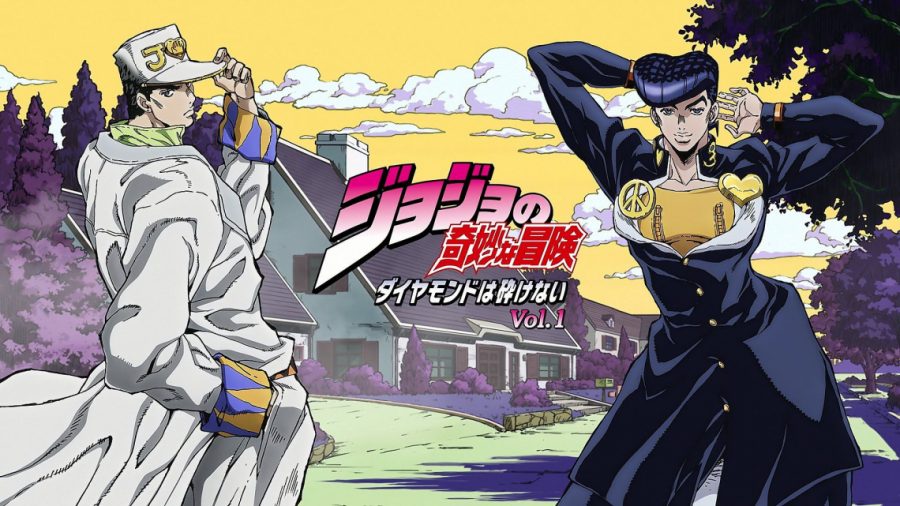 Stands, murder and mystery make up an adventure spanning multiple generations. Jojo has been renewed for an animated adaptation of part six as of sept. 24, 2020 Photo credit: me pixels

When looking through the vast array of Shonen Jump mangas, many would say Dragon Ball is the most recognizable of Japanese franchises by a large margin. Countless others have attempted to recreate the success that Dragonball has had, with few seeing even half as much renown.

Out of all those in the 1980s, one manga stood out and would be known as one of Shonen Jump’s most popular animes/mangas both in Japan and the world, that series is “Jojo’s Bizarre Adventure.”

Jojo was created by Hirihiko Araki, a Mangaka artist that spent his early years reading manga, even wanting to write his own. Some of his earlier works include “Poker Under Arms”, “Baoh” and “The Gorgeous Irene” which helped flesh out his art style for his next project and magnum opus.

Though the series is complex and at times hard to keep up with, the main storyline follows the Joestar bloodline. Each protagonist has a first and last name containing the syllable “Jo,” granting them the titular nickname JoJo.

To start, the plot is very tricky as the series is told in parts, eight of them in total. Each part has new characters and new locations with the style of each one being different which is an artistic decision, keeping things fresh and enticing.

Part one introduces the original JoJo, Jonathan Joestar, and sets up the iconic villain of Dio Brando. Though it is nostalgic, the concepts introduced quickly become outdated, and feel sluggish upon a rewatch. The story is rather short and sees Dio unleash powers akin to that of a vampire, as he battles his noble brother in visually stunning fights.

Part two picks up years later and continues the concept of vampires, introducing fan-favorite Joseph Joestar, who’s witty comments and sarcastic personality won the hearts of viewers and readers everywhere. Which even more gorgeous visuals, and a soundtrack to match, this trip through Italy is perhaps the most humorous

In part three, the concept of stands is introduced. These powerful spirits who can wield super strength or reality-bending abilities have since become a staple of the series. It is here that we meet Jotaro Kujo, the poster boy for the series, and see the return of Joseph Joestar as an older man. As we follow the titular stardust crusaders across the globe, we once again witness the return of Dio Brando. This is widely regarded as the most well written and beloved part and is the highest point of the series thus far.

Part four shifts into a small-town mystery, featuring Josuke Higashikata, and becomes a murder mystery that contains twists and turns at every step. We see smaller more common cliches here, such as romances and bromances, but this part is the most mysterious. There is no way to predict what comes next, so fans can expect to be constantly blindsided.

The most recent part to be animated, part five, takes on a godfather esque story, starring Giorno Giovanna. This is by far the most visually breathtaking part, with some of the best voice acting in all of anime. Not much can be said without spoiling, but the emotional attachment is like no other. Without a doubt, this is the most emotional part thus far, though it does not share as high a status as part three.

Each plot for every part is about what you’d expect from a Shonen series, though each foe the characters had to face did have some interesting characteristics and fights that excited the audience and left them in a confused state on what would happen next.

The voice acting for every part is great to listen too, both English and Japanese dub. Each voice actor played their roles well as they felt like they ARE the character.

The animation varies as a new art style is used for each of the five animated parts and that includes the ones that aren’t animated yet. The visuals and colors are beautifully well done and each scene makes it feel like the audience is reading the manga.

Though it works for some parts, others might feel like it’s a tad bit outdated, more specifically parts one and two. As the art style looks rough than the later parts where the art style is more clean and smooth.

Another issue is that a lot of arcs would feel like it drags out at times, more specifically part 3’s arcs, as there can be multiple arcs that take two or three episodes.

But regardless of these issues, many would still say that it’s a really influential series to not only manga and anime watchers but has become a following that many people would reference and get people into it for its bizarre but unique qualities.

“Jojo’s Bizarre Adventure” gets a four out of five stars a must watched/read for many manga readers and anime watchers.