A Look Back with Oscar: ‘Ghost Rider’ a film that loves to crash and burn 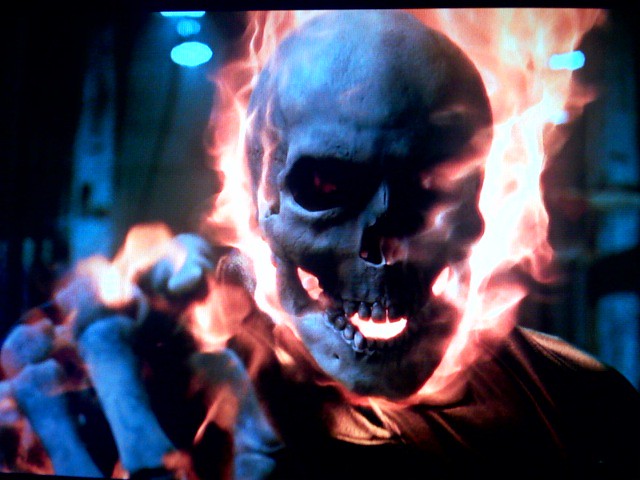 Ghost Rider is a 2007 film based on the Marvel Comics character of the same name. It wouldn't be until Marvel's Agents of Sheild where we get a new live-action version of the Rider Photo credit: Tim Wong

Before the MCU became the big success it is, movie studios were getting the rights to create their own takes on Marvel characters due to Marvel’s falling revenues, with the company trying to survive by selling their movie rights to studios.

One of these films was “Ghost Rider,” which features the pop character by the same name.

Johnny Blaze, played by Nicholas Cage, is a daredevil along with his father performing in a carnival when a few hours later Johnny finds out that his father is dying from cancer.

To save his father, he makes a deal with Mephisto to save his life in exchange for his soul. Mephisto makes him his bounty hunter called ‘The Ghost Rider’.

He takes the deal and the next morning he sees his father fine and cancer-free but during their show he dies from an accident caused by Mephisto. Johnny blames him for his death but Mephisto considers the deal completed and promises to him that they’ll meet again.

Years later Johnny is all grown up and a professional daredevil like his father when Mephisto comes back to tell him the time has come to repay his end of the deal by dealing with Mephisto’s son Blackheart and his three fallen angels by grabbing the contract of San Venganza.

The plot is pretty generic as it’s supposed to be an origin story and retelling of the comics but what makes it boring is the pacing and how scenes just don’t feel important to sit through. There is hardly any action, just expositions after exposition, which leaves viewers dozing off constantly.

The acting is laughably bad as Nicholas Cage is unable to embody the essence of the Ghost Rider, a character who is supposed to be serious and unsettling.

Sam Elliot played his character the Caretaker/Carter Slade really well as he plays the mentor to the Rider, telling him his story and path that made him want to sell his soul to Mephisto.

The cinematography was actually pretty solid for the most part, with some nice looking angles and shots from the film that turned out alright.

The villains were not that great as they never felt threatening, all bark and no bite, save for Blackheart, only due to his status as the main villain. The other three were terrible and killed off easily and quickly.

The CGI may have looked okay back in 2007 but now it looks bad. At least with the Ghost Rider, it looks really well done with the flames and the final battle looking fairly impressive, as the fight was aesthetically pleasing to see.

But even with these positives, there are still parts that made this movie unenjoyable to watch. With the romance being uninteresting, the plot being generic and the villains not holding up, it’s not worth the two-hour runtime.

2007’s “Ghost Rider” gets ★★½ stars. This is a film that could have been better but showed too many flaws that made it forgettable for casual comic book moviegoers.