A Look Back with Oscar: ‘Street Fighter III’ successfully parrying since 1999 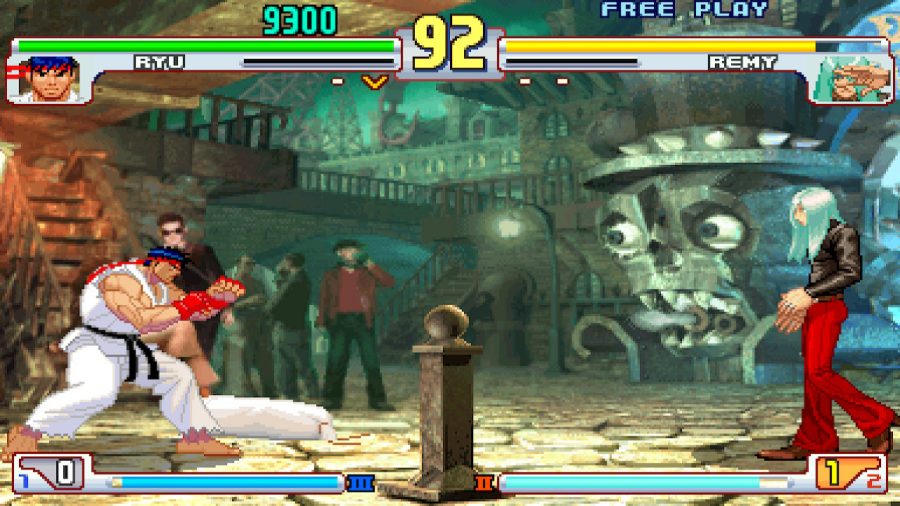 Street Fighter III: Third Strike released for arcades in 1999. We see ryu facing off against one of the new additions to the game Remy who is made to replace guile. Photo credit: Oscar Torres

However, it would have take a long time for the third entry to be loved by many as the first few attempts had been less fruitful.

“Street Fighter III” takes place years after “Street Fighter V” as Shadaloo has been fully destroyed but a new organization has arisen, The Illuminati lead by GILL.

Wanting to find warriors that would be perfect for his Utopia, he holds another world warrior tournament to see who’s the strongest. Alex, the main protagonist, joins the tournament to avenge his friend that lost to GILL, Ken, and his student Sean joins the fight hoping to get the chance to face off against Ryu again.

Ryu enters the tournament and meets Oro, an old hermit, who trains him to control the raging demon inside of him and prepares for his fight against Akuma.

Gameplay-wise each version plays similarly with a bit of balance tweaking and adjustments to characters. The parry system helps players block an attack that doesn’t drain health but is difficult to pull off. The game also has the option to use multiple super art moves but you can choose only one out of two or three for one match.

Second Impact adds in EX moves which are powerful versions of command input moves and an easier way to grab opponents.

Third Strike includes a red parry which is when you parry a block stun attack. It’s super difficult to pull off but deals a lot of damage.

Visually, it’s amazing, one of the most beautiful looking Street Fighter games to date, with its background looking colorful and character animations looking clean and well animated.

The music is great, with some songs feeling jazzy and easy to dance to at times.

Some problems with the games is that it may feel too difficult to play with the speed of the game being faster and harder to do combos.

But even then, “Street Fighter III” is one of the most aesthetically pleasing and greatest Street Fighter games that is still being played to this day, even by new fighting game players.

These games get a ★★★★½ and are highly recommended. It’s available as part of the “Street Fighter 30th Anniversary Collection.”

Here’s the Timeline for all versions of the game.