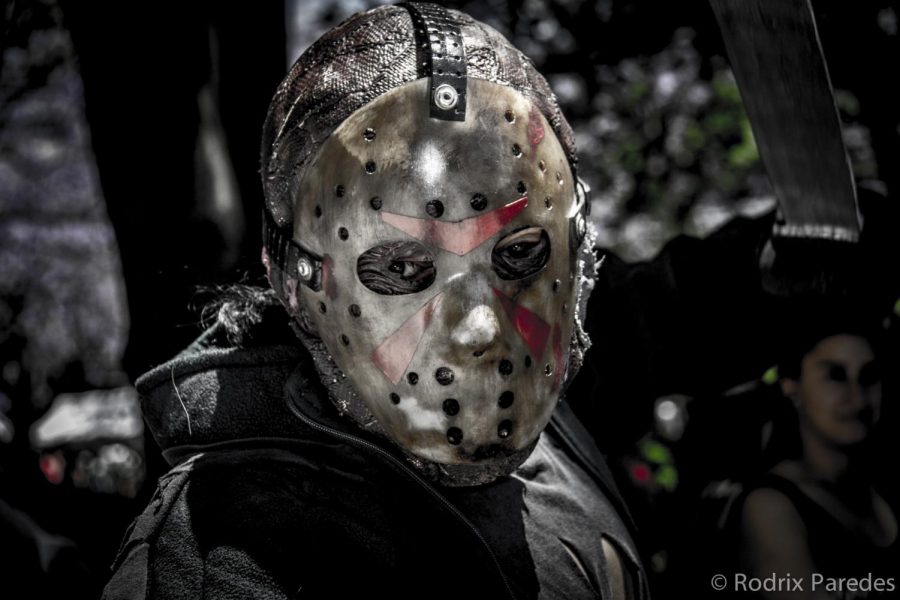 Hello, and welcome back to Pillars of Horror!

Each week we will be taking look at a different decade of horror movies and examine what made them so iconic.

This week, we’ll be looking at the 1980s!
1980s:
The 1980s has been somewhat romanticized in recent years with series such as Stranger Things introducing the decade to a whole new audience. The 1980s was an interesting time, with Reagan in office as president and artists like Michael Jackson dominating the music charts.

This was also the decade where horror was king at the box office and gave rise to two iconic franchises: Friday the 13th and A Nightmare on Elm Street.

Friday the 13th:
It’s impossible to imagine the slasher genre without Friday the 13th. Released in 1980, and directed by Sean S. Cunningham, the film follows a group of counselors at Camp Crystal Lake who are being brutally murdered by an unseen person. Despite Friday the 13th being well known for its trademark killer, Jason Voorhees, the killer in this movie is his mother, Pamela Voorhees.

The film was notable for its low budget and the graphic nature of the kills. This film would only be the beginning of a long-standing series, with it getting 8 sequels in the 80’s alone. The subsequent sequels established Jason Voorhees as an icon in the horror genre and ingrained his trademark hockey mask in the minds of all who ventured into a theater in the 1980s.

The film is notable for the performance put on by the actor who played Freddy Krueger, Robert Englund. His portrayal of the character would get more tongue in cheek as time went on, but in this installment, his portrayal struck fear into everyone who viewed the movie. The film is also notable for being Johnny Depp’s first film role, kickstarting his career.

What Nightmare did for the slasher genre is undeniably important, as it allowed for filmmakers to see that a supernatural take on the genre could work and is effective. It also stayed with the viewers, taking the idea of sleep and making it something terrifying.

The characters of Jason Voorhees and Freddy Krueger are undeniable horror icons, and both stemmed from the 1980s.

That’s it for this week’s installment of Pillars of Horror!

Join us next week as we take a look at the 1990’s and two films that defined that decade: Scream and The Blair Witch Project.