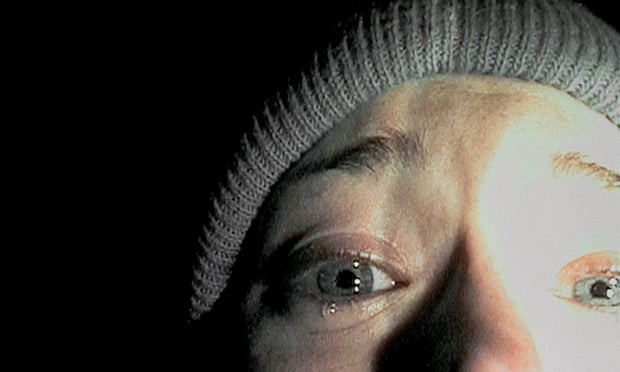 One of the most iconic shots in The Blair Witch Project. Photo credit: Image credit: Allstar/Cintext/Pathe

Hello, and welcome back to Pillars of Horror!

Each week we will be taking a look at a different decade of horror movies and examine what made them so iconic.

The 1990s were a period of relative peace in America. Bill Clinton was in office as president, and the Internet was beginning to become well known to the select few who were using it. Companies like Nintendo and Sega were dominating the video game market with their consoles, the Super Nintendo and Sega Genesis.

This was also the decade where horror movies started to innovate. We’ll be looking at two horror movies this week: Scream and The Blair Witch Project.

A Nightmare on Elm Street director Wes Craven returned in 1996 to deconstruct the very genre that he helped popularize. Scream follows Sidney Prescott (played by Neve Campbell) who is terrorized by a killer who starts picking off her friends one by one.

The film is notable for being a deconstruction of the horror genre, with many of the characters in the movie often giving meta-commentary on the genre itself. The mask of the killer, known as the “Ghostface” mask has also been popularized in the genre and is well known.

Perhaps the most notable fact about the movie is its mixture of mystery, horror, and comedy. The film functions as a horror movie but mixes elements of comedy (meta-comedy) and mystery. Scream is an undeniable innovation when it comes to the horror genre, and should be watched by all.

The Blair Witch Project was one of the most influential films released during the ’90s. Directed by Daniel Myrick and Eduardo Sanchez on a small budget, the film follows a group of student filmmakers who travel to rural Maryland to film a documentary on the fabled “Blair Witch”.

The film is notable for popularizing the found footage genre and utilizing the camera as almost a character in itself. The audience was invested in the film due to the format immersing the viewer and allowing them to feel as if they were there with the characters themselves.

What is most interesting about the film was the filming process itself, with many of the actors and actresses being left not in the know of many of the elements of the film. This often meant that when a scare happened on film, it was the actor’s first time experiencing it as well, giving the film a sense of dread and urgency that is hard to replicate.

While the film is not as popular in pop culture when compared to something like A Nightmare on Elm Street or Friday the 13th, The Blair Witch Project is a horror movie that truly terrifies those that view it.

That’s it for this week’s installment of Pillars of Horror!

Join us next week as we take a look at two horror movies that defined the 2000’s: Saw and Paranormal Activity.