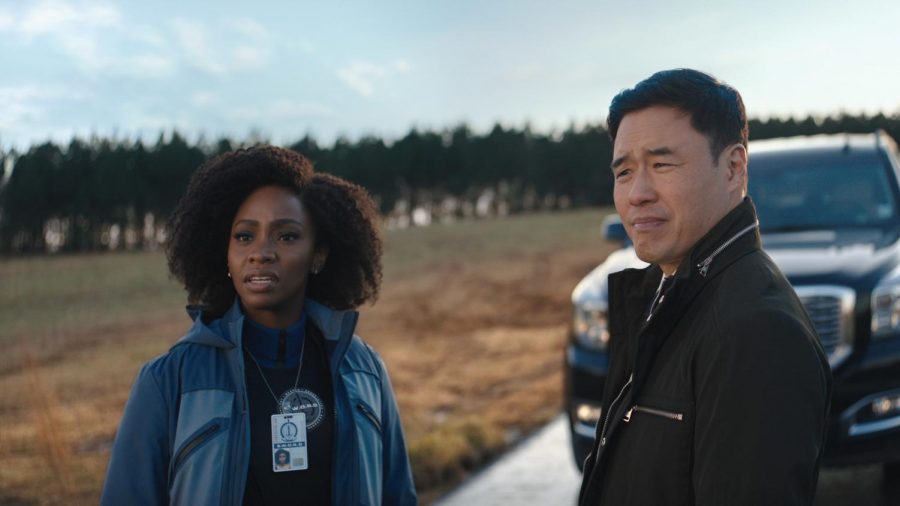 The latest episode of “WandaVision” puts us into the perspective of the outside world giving the audience a well-written view of what’s happening outside the city/reality that Wanda, Vision and the rest of the citizens are in.

It also brings in fan-favorite characters from previous films and answers some questions.

The episode takes place where the last episode of “WandaVision” left off.

At the start, we see Monica Rambeau (Teyonah Parris) returns to life in a hospital room after Hulk used the stones to bring everyone back to life in “Avengers: Endgame”.

The last time audiences saw Monica was in “Captain Marvel” when she was younger.

After she gets up and out of the room, where a bunch of people are returning after they disappeared five years ago during “Infinity War” with Monica trying to find her mother.

She finds the doctor that was taking care of her when she finds out that she died from cancer, the doctor also explains that Monica has been gone for five years leaving her in distress and confusion.

Three weeks later, Monica travels to S.W.O.R.D Headquarters to return to work where she meets up with Acting Director Tyler Hayward who assigns her a mission to help FBI Agent Jimmy Woo (Randall Park) on a missing person case over at West View, New Jersey.

Both agents discovered a hexagonal forcefield that is surrounding the city with law enforcement telling them that Westview didn’t exist.

After using a drone to survey the city Monica gets pulled into the forcefield much to Agent Woo’s confusion. He immediately contacts more S.W.O.R.D agents to make a base close to the field.

24 hours have passed as the organization sets up their base and sends in a couple of experts to help understand what is going on. One of them being Dr. Darcy Lewis (Kat Dennings).

The last time Dr. Lewis was last seen was in “Thor: The Dark World.”

Upon studying this field further she finds a phenomenon on a different universe/reality within the town where she uses an old television to figure out what was happening and could conclude that this reality takes the form of a sitcom named WandaVision.

A while later when Monica mentions Ultron, Wanda sends her out of town, breaking the wall, with her face looking concerned and quickly fixing the house.

She restores the illusion once she sees Vision as a corpse. As the episode ends, Monica gets sent back to the real world saying that what’s happening in that town is all Wanda’s doing.

The plot of this episode was amazing as audiences got to see the events of the previous episodes from S.W.O.R.D perspective, with them in the same situation as the viewers trying to solve the questions that many people have been asking since the series has started.

The acting was really well done and it was good to see Kat Dennings and Randall Park reprise their roles again as their characters were the best part in both “Thor” films and “Ant-Man and The Wasp”. Either working separately or together, it’s a fun to see.

It was interesting to see the events of everyone coming back from the snap, as before in “Spiderman: Far From Home” they played it as a gag. In this series it was more depressing and chaotic knowing that people came back five years later to find out that loved ones either moved on or died.

This was a nice change of pace from what previous episodes were doing, definitely felt fresh and welcoming to watch. But after that episode, many are excited to see what’s next as the series moves forward into the “80’s.”

“We Interrupt This Program” gets a 4.5/5 stars with its unique perspective, great characters interacting with each other, and overall tone of the episode.