‘WandaVision’ ‘Breaking The Fourth Wall’: New threat revealed and halfway to the end 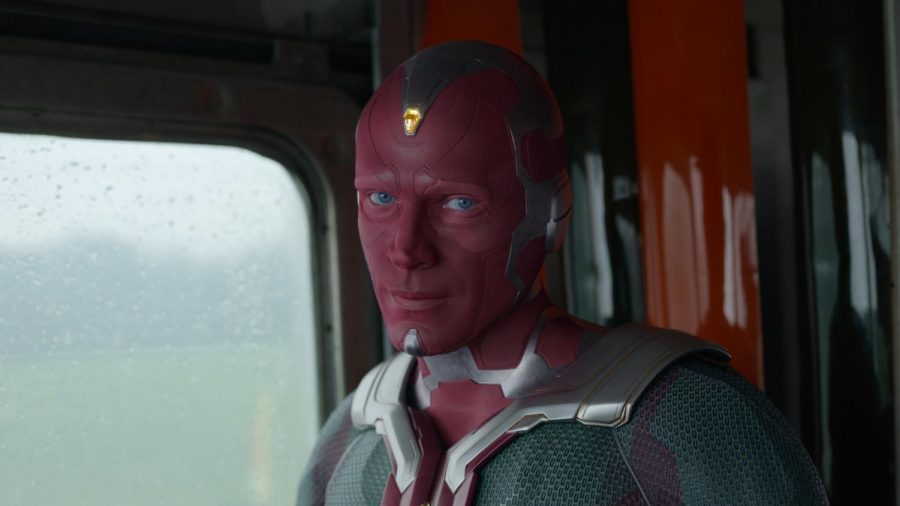 The latest episode of “WandaVision” gives the audience a great take on the 2000’s and 2010’s sitcoms while also shocking its viewers with a huge surprise to newcomers of the Marvel Universe and an introduction to one of Marvel’s oldest comic book villains.

The style of the episode is inspired by popular sitcoms of the 2000s and 2010s, shows like “Modern Family” and “The Office” where the person is talking to the camera.

The episode begins with Wanda waking up from bed after making the rift between Westview bigger. She decides to have the day to herself after the event last night with her letting Agnes take care of the boys, letting them go to her place while she has time for herself.

However everywhere around her house things like the furniture start to change uncontrollably and she has no power to change it back to the way it was before.

Outside of the city, Vision wakes up from last night being in the middle of a circus with a bunch of S.W.O.R.D agents turned circus performers.

He finds Darcy Lewis and awakens her from the spell she’s in from the rift. They get into a car to drive to his house, with Darcy answering his questions and telling him who he is.

It cuts to a commercial about NEXUS antidepressants, saying things that represent what Wanda is currently feeling at the moment, like depression and figuring out her own path or destiny.

Back outside of Westview, Monica and Jimmy meets up with their aerospace engineer who gives them a vehicle that’ll help them get through the barrier.

Monica volunteers to pilot it and almost gets through, but fails due to the rift being too powerful. However, it didn’t stop her, and she goes through on her own. She passes through the wall, gaining improved vision and improving her abilities.

She confronts Wanda and tries to get her to see reason, but before she could Agnes stops her and takes Wanda back to her house telling Monica to leave. While there, Wanda goes to the basement to look for the boys but finds a strange lair.

It’s there that Agnes finally reveals herself as Agatha Harkness another witch that was behind all the weird events that were happening in Westview. She was the one who sent Pietro to Wanda and the person who killed Sparky the dog.

The plot was great and was a great way to introduce Agatha into the MCU, with the last two episodes seemingly going to follow the plot of a Marvel comic where Agatha uses the souls and bodies of Wanda’s kids to transform them into the ruler of Hell/Hades, Mephisto.

As a big fan of the comic storyline, it was one of the great ways to do this story.

The acting, like all the other episodes, is great, with Kathryn Hahn being the highlight of the episode.

She did a fantastic job playing not only a good side character but one of the villains of the show, even though she was introduced as the villain just now she made a good impression on acting like a witch.

The effects are also impressive, with the walking into Westview looking both impressive, colorful and unique looking. The effects of the furniture changing was also great and fast along with both Wanda’s and Agatha’s magic abilities looking great.

One minor complaint is that the episode felt short and leaving with leaving, but that’s what TV shows are, wanting to wait in anticipation for the next one.

But still, the episode leaves its viewers shocked and excited to see what happens next and what would be the fate of not only Wanda, Vision and their kids but the whole town, as well as Agatha’s motives and purpose of coming here.

“Breaking the Fourth Wall” gets a 4.5 out of 5 with it being a must-watch for everyone, even newcomers and returning veterans of the MCU.