‘WandaVision’ ‘Previously On’: Old memories and the birth of the Scarlet Witch 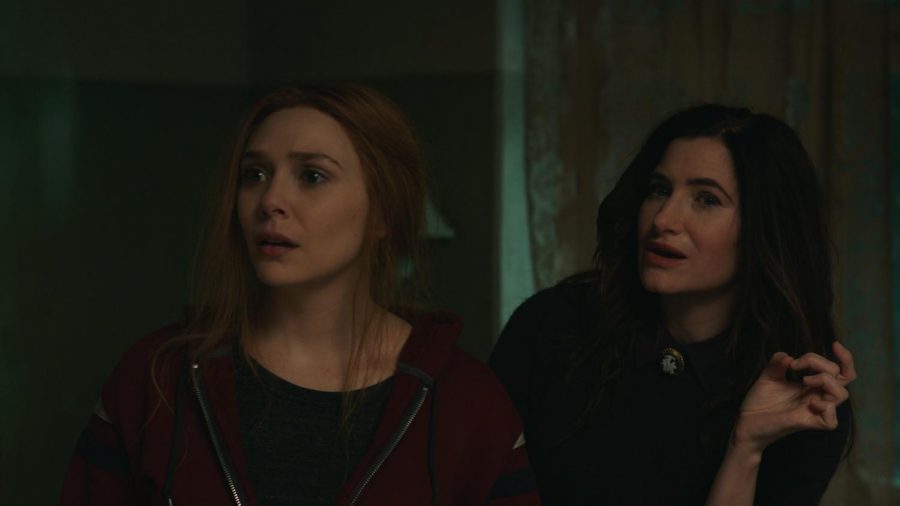 Instead of going forward in time, fans go back and experience more of Wanda’s past to see the trauma that she went through in this well-paced and interesting episode.

The episode starts off in 1693 during the Salem Witch Trials, where we see Agatha Harkness is held for trial by a bunch of witches for practicing dark magic.

The witches and Agatha’s mother try to kill her but she overpowers their magic and ultimately kills them. Agatha walks off fully satisfied with draining their powers.

In the present day, Agatha confronts Wanda, revealing who she really is, and asks her how she is able to control everything in Westview. She also says that if Wanda doesn’t cooperate she’ll kill her kids.

She makes Wanda relive her past tragic experiences to find out how she was able to use her powers on the city.

First, she takes her to the past as a child before her parents were killed by one of Stark Industries’ missiles. Before that event, the family were watching sitcoms enjoying their time together.

Seconds later, the explosion hit, killing Wanda and Pietro’s parents, leaving them under rubble with a bomb ready to explode. Wanda used her magical powers to stop it from exploding, something she did not remember doing.

Next up Agatha takes her to the time where she was assigned to Hydra, where they began testing her by getting close to the Mind stone. It should have killed her, but actually caused her powers to be amplified.

The next scene takes her to upstate New York to the Avengers new HQ where Wanda and Vision have a heart-to-heart talk while watching sitcoms together, bonding for the first time.

The last memory was with Wanda traveling to S.W.O.R.D HQ to recover Vision’s body but she is horrified to see Vision being dismantled and turned into a weapon.

She tries to feel any kind of pulse but can’t. She leaves the base filled with grief and despair. When she gets in her car she heads to Westview to an unbuilt house or plot of land that Vision had bought for the both of them.

Unable to hold on any longer, she screams, filled with tears as she unleashes a cosmic shockwave that ultimately reshapes the city into the 70’s aesthetic and brings Vision back to life.

After reliving the past, Agatha concludes that the power she has is extraordinary and dubs Wanda “The Scarlet Witch”.

The post credits sequence has Director Hayward assembling and reactivating the original Visions body, with it being all white and built with no emotion.

The plot of the episode was great as it shows more of Wanda’s backstory which many haven’t seen before. It was a great way to see her life, including different parts of her childhood, while also seeing what really happened to the city before the series started.

The reason given as to why she uses sitcoms as a scapegoat and the reason the series was created with that mentality was well-executed. It shows that nothing makes her feel calm and collected.

The acting was impressive, with the highlight being Elizabeth Olsen. She played her character really well, taking her to places that we wouldn’t expect to see in her mind, from past trauma to full on grief and hurt.

The cinematography and colors looked really good as each placement was well shot and edited with the colors matching the tone of the scene.

Overall, the episode was amazing giving fans a deep dive into the mind of Wanda while providing a clear explanation as to how she was able to warp the reality of the city and create the Hex.

“Previously On” gets a four out of five, a remarkable backstory, and a great second to last episode before the big finale.