‘Falcon and the Winter Soldier’: ‘Power Broker’ has stakes rising to exciting points 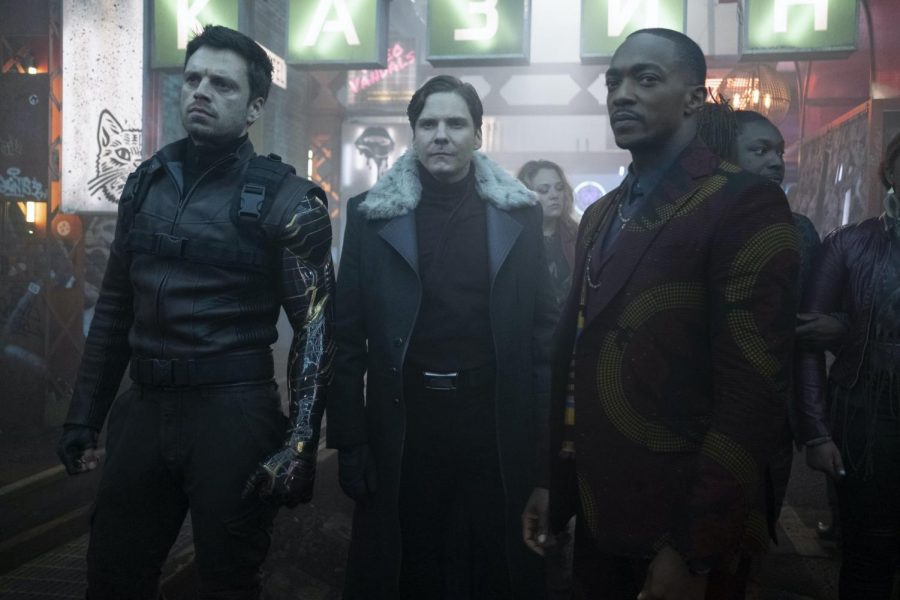 We’re currently three episodes into “Falcon and the Winter Soldier,” and it’s clear that one of the main goals with the series is further fleshing out the characters and world of the MCU.

The show is in a special position: it’s building upon a world that has been established over a decade, and it takes advantage of this fact. It’s always a treat when you see a character reappear, following a long absence.

This is the case in episode three, “Power Broker”, where Sam and Bucky meet with Baron Zemo, his first appearance since “Captain America: Civil War,” and Sharon Carter.

In an attempt to discover where the Super Soldier Serum is being developed, Sam and Bucky develop an uneasy alliance with Zemo, who Bucky considers to be their best shot at discovering the origins of the serum.

Zemo’s connections take the trio to Madripoor, which is where the majority of the episode takes place.

Visually speaking, the episode is an absolute treat. Shades of the cyberpunk genre were present throughout the episode, with Madripoor being a beautiful backdrop for many of the episode’s events.

Plot-wise, we learn that the Power Broker was the one responsible for having scientist Wilfred Nagel produce the serum, and that there are none left.

This episode is where the series really starts to hit the ground running. There’s plenty of exciting action sequences, and director Kari Skogland continues to do the characters justice.

The action was the highlight of the episode, with over a bunch of fights taking place in different environments making sure it doesn’t get stale and insane.

Zemo gets the best action scene, debuting his iconic mask that Zemo has always had in the comics.

Much of the episode also follows the Flag Smasher’s leader, Karli Morgenthau, and the actions that compel her and her group to do what they do.

Rather than painting the villains in the series as completely antagonistic, the showrunners instead opt to paint the Karli and the Flag Smashers in a much more realistic light and allow us to sympathize with their plight.

The episode ends with an exciting teaser, as we see Bucky come face to face with Ayo, who demands to see Zemo.

Ayo, of course, is one of the Dora Milaje for Wakanda, and it’s a real treat to see her interact with Bucky at the episode’s conclusion.

Episode three marks the halfway point for the series, and the stakes are beginning to rise.

If Disney and Marvel Studios continue the same pattern and continue to characterize our protagonists and antagonists in compelling ways, the show will only get better.

Episode three, “Power Broker,” gets 4 out of 5 stars. It’s absolutely worth your time. With many action set pieces and intriguing locations being introduced, there’s bound to be more soon.