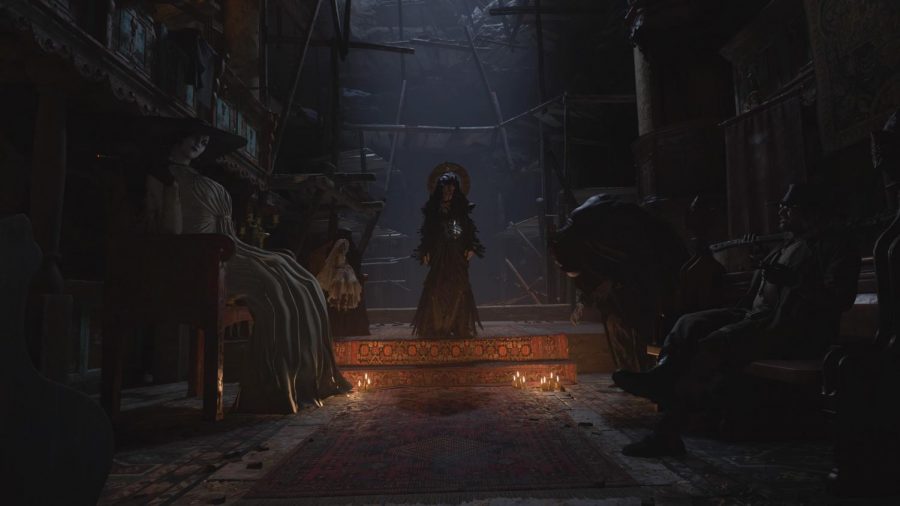 The villains in the title are easily one of the best parts of it. Each of them encompass their own part of the story, and Ethan will have to take them down to save his daughter. Photo credit: Capcom Unity/Capcom, Co., Ltd.

Resident Evil is an interesting franchise. Having its roots as a spiritual successor of sorts to a little-known Capcom classic known as “Sweet Home” (1989), the series has taken us to haunted mansions, apocalyptic cities, seedy underground laboratories and shows us a worldwide biological war in its sixth entry.

Now in 2021, 25 years removed from its initial release, you’d be forgiven if you thought that the series would be burnt out and struggling to innovate.

Luckily, this is not the case. “Resident Evil Village” is the most fun I’ve had with the series since its predecessor and biggest influence, “Resident Evil 4.”

Most of the title’s promotional material revolved around what ended up being the first 2 hours or so of the game (the village and castle) with the remaining 7 or so hours of my playtime being in locales that were merely hinted at.

The gameplay here is nothing too drastically different from what was seen in this game’s direct predecessor, “Resident Evil: Biohazard.” A first-person perspective is still utilized, and you can block, craft items and backtrack to certain areas to access places that were previously inaccessible.

The classic Resident Evil staples are all present and accounted for, but it was such a relief to see the return of a merchant. The merchant, known as The Duke in this game, ensures that every player will have a different experience while playing.

Players can opt to purchase a healing item if they’re in need, upgrade their arsenal, increase their inventory and even cook a meal to increase some of their stats. Money is limited, so it’s impossible to see all the weaponry in the game in a single playthrough.

The action has been turned up to 11 in this title. Initially, it was a bit concerning following the highs that its predecessor had reached (primarily being a survival horror game, with little to no high action sequences) but the game does not skimp out on any of the horror aspects.

One sequence, about halfway through the game, was legitimately terrifying. It’s incredibly unsettling and stands out to me as likely the scariest moment that the series has ever had.

Plot-wise, the game is a direct follow up to “Resident Evil: Biohazard,” following the same protagonist, Ethan Winters. Much of the plot revolves around discovering why the series poster boy, Chris Redfield, murders his wife and kidnaps his daughter, and it has some twists and turns along the way.

Fans of the series’ lore will find much to like in the title. A standout character was Ethan Winters himself, going from a mostly silent protagonist to a character with motivations and an actual personality.

Much of the title was well thought out and is an excellent entry in the series. The conclusion of the game leaves the series open for future titles, and the series has an exciting future ahead of it.

“Resident Evil Village” gets four and a half stars out of five. If you’re a fan of survival horror, it’s definitely worth your time.